Drop Battle is a Tetris-like merge game with emphasis on PvP, out now for iOS and Android

PvP and Tetris-like games have never merged into the same sentence before, let alone in a full-fledged game. Until now, that is.

Drop Battle is a game that takes elements from the original Tetris game and cleverly combines them with merging blocks and a player versus player feature, perfectly designed for a mobile environment.

The goal of the game is to merge as many blocks with the same number as possible in order to make bigger and bigger numbers. It's very similar to 2048 Number Merge Game, but Drop Battle takes that whole concept into the Tetris universe, where blocks drop on top of each other and players have to move them around.

When it comes to the rules though, it's pretty simple. Only two blocks with the same number can be merged at one time, so in order to reach the big numbers, players need to cleverly place and combine the blocks. The challenging part is not blocking the way for other numbers. 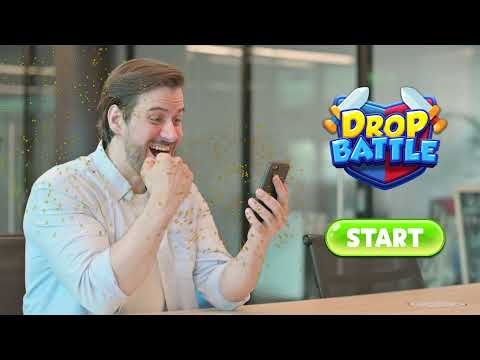 Since it's a PvP game, players have to block the opponent by making 128 blocks. Once the 128th block has been created, a metal block will appear on the opponent's board and block their tiles. The player who manages to block the other first is the winner.

The game also features a world leaderboard ranking, so players who plan to give it a shot competitively can see their stats in real time.

Drop Battle doesn’t require an internet connection in the non-PvP mode, so it can also be played offline. Grab it now from the App Store and Google Play.