Summoners War: Sky Arena is introducing two new monsters for players to use in combat. Let's check them both out. 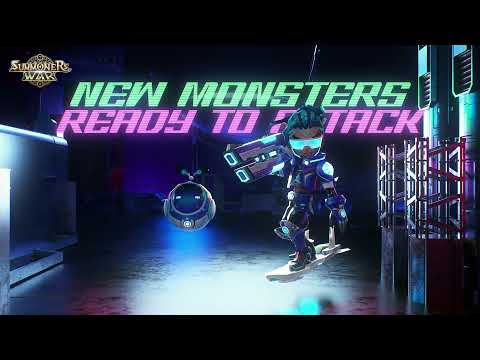 A default 4 Monster and robot with an orb shape, Robo uses Energy Bolts as his primary attack to deal damage. The damage dealt also scales according to player HP and the higher your max HP is, the higher the damage you will receive. Robo’s Attack Speed also increased for one turn after using his Energy Bolt.

The second monster Com2uS is introducing is a 5 Monster called Sky Surfer. He can fly and uses the move Cutback Blow to attack his enemies. This attack has a 50% chance of absorbing 15% of the Attack Bar. His second move is Spin Grab Shot, which he uses to damage enemies. Additionally, there is an 80% chance to remove all beneficial effects and a 30% chance to stun his enemies. His final move is a passive move known as Jet Engine that can increase his Attack Speed up to 100%.

Two formidable Monsters to play with and also an event to indicate their arrival. A Special Summon Event, that players take participate in, will be available until 29th August. This event will provide players with the chance to summon Robo and Sky Surfer at a slightly higher chance than other Monsters. Proceed with all the summons except for the Ancient Transcendence Scroll, 7-Year Special Scroll, Exclusive Summon, Monster Summoning Piece Summon and Guild Summon.

Be sure to check out these RPGs for mobiles as well!