After pre-orders began last week for Wemade’s open-world K-fantasy MMORPG MIR 4, the closed beta is finally in play from today and will be available until 8th August.

You can access the closed beta if you pre-ordering the game on the iOS App Store, Google Play Store, Steam or from the MIR 4 official website. The closed beta is available in English, Simplified/Traditional Chinese, and Japanese. 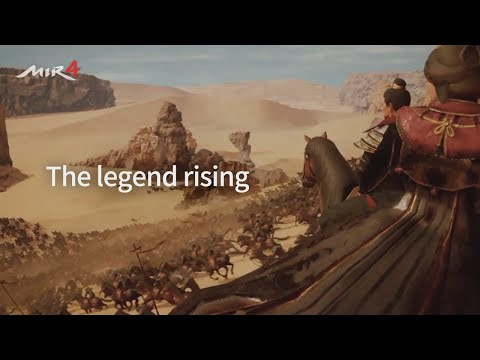 Players will be able to play MIR 4’s epic story during the closed beta, a wonderful story set in the Mir Continent. Players can also experience other adventurous quests, missions, dungeon events, and also participate in raids with other players. Also enjoy some flying martial arts action throughout the continent.

The closed beta will let you feel the fundamental pillars on which the game is based. Players will be able to experience the beauty of oriental movement, enjoy the core “free-looting” system of the game, be kept in check with the fraud detection system and probably confuse yourself (if you are like me) with the blockchain mechanics.

The global release version of the game will be tweaked according to player feedback during the four days of closed beta testing. MIR 4 had launched back in November 2020 in South Korea and after topping the charts there, Wemade is now launching the game in over 170 countries in 12 languages using NFT (Non-Fungible Token) and FT (Fungible Token) technology, which integrates blockchain technology into video games.

Check out these amazing RPGs while you wait for MIR 4 to launch!

The DC: Batman Bat-Tech Edition app is out now on iOS and Android, letting you use Batman’s tech to fight crime in awesome AR