Wemade has announced the official launch of MIRAGE, a global NFT character staking game for MIR4. Dubbed as "a multiverse of MIR4", MIRAGE expands the MMORPG with a parallel universe that's a separate existence in itself but still seamlessly interlinked with the Draco ecosystem.

In MIRAGE, players can use the web-based world of MIRAGE to enlist their MIR4 NFT characters and mine Hidden Valley nodes. They can mine Darksteel and Septaria, with MIRAGE providing players a new approach to staking. You will, of course, need a WEMIX Wallet in order to join in - plus, you have to enlist at least one NFT character to your roster on MIRAGE. In this way, character NFTs are gamified as playable assets to boost the economy of the MIR4 system. 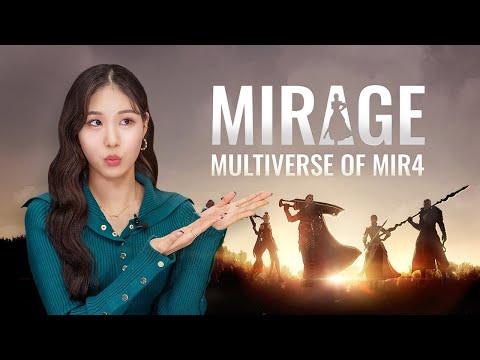 In order for you to step into the Hidden Valley in MIRAGE's system, you will need to obtain Vigor in exchange for MIR4's in-game token called Hydra. Keep in mind that there is a limit to the number of characters that can be staked, and that others can Assault the weakest character NFT once a Hidden Valley is full.

There are loads of other special upgrades in store for players in future updates, so if you're keen on joining in on all the festivities, MIR4 is available to download on the Google Play Store for Android devices and on the iOS App Store. It's a free-to-play game with in-app purchases. You can also have a look at the trailer above to understand more about the new MIRAGE staking game and boost your play-to-earn prowess.

Next Up :
Sunset World Online is a 2D platformer MMORPG out now on Google Play and on Steam