Following its release in June, Supercolony's Catopia: Rush has received its first major update. It introduces a PvP Mode that allows players to test their skills against one another, so long as they've completed stage 1-4.

Supercolony says that the PvP Mode will welcome players of all abilities, providing intense competition for those who have already reached the endgame. It will feature leaderboards for players to climb, alongside special icons to earn for performing well.

There will also be a ranking system to progress through and the option to customise your player card. To dive into PvP, simply tap the button that's now located directly above the chapter select option on the home screen.

Although Catopia: Rush is a cutesy game on the surface, Supercolony believes that it still boasts multiple layers of strategy. Players will want to balance eliminating supporting characters and directly attacking the enemy hero. While defeating a Hero cat is an instant victory, players will need to deal with their opponent's follower cats to avoid sustaining lethal damage themselves. There are currently five player-controller Hero cats and 30 followers to choose between.

Supercolony has additional updates planned for the future that will introduce new cats, game modes and more places in the world to explore. New characters usually get added as a reward in the bi-weekly Super Pass before entering the gacha two weeks after. 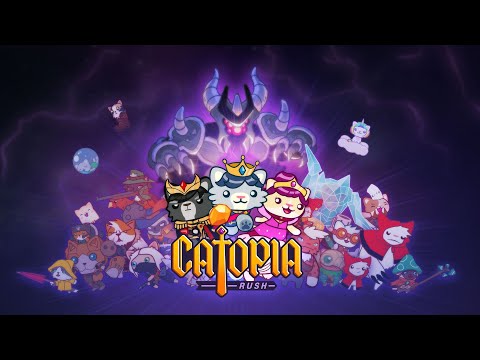 If you are unfamiliar with Catopia: Rush, it is an RPG where you assemble an army of cats to defeat an evil lord to save your kingdom. It utilises a simple control scheme that allows you to eliminate an abundance of monsters using powerful attacks with ease.

Catopia: Rush is available now over on the App Store and Google Play. It's a free-to-play game with in-app purchases.