Well yes, and no...RAID: Shadow Legends promo codes exist, but there are a lot of fakes out there

As much as we love redeem codes and the free rewards we get from them whenever a new one is released, sometimes redeem codes can be quite... the bait. I have always found the redeem code system super useful, especially if the codes give out rewards that help players who are just starting out - but when there is a fake belief that a game has such codes, it could be quite a dealbreaker.

In RAID: Shadow Legends, redeem codes have been a topic of debate for quite a while now, and if you wanted to know whether or not the game actually has such a function, I'm here to shed some light on the matter.

Ever since its release back in the summer of 2018, RAID: Shadow Legends has been a super popular game among RPG lovers. With tons of team formations and unique, powerful hero combinations, players can have fun in so many ways! Another good part is that lately, a promo code option became available as well, and that's exactly what we will talk about below.

Does RAID: Shadow Legends have codes?

The short answer to this would be yes, there are RAID: Shadow Legends promo codes. The more complex answer is that there might be plenty of made-up codes, but only a very limited number of them work. Furthermore, if you happen to enter a non-existing code and you get the "invalid code" prompt, that could be an issue if done repeatedly.

But we'll cover that in more detail in a bit, so if you're interested in some RAID: Shadow Legends promo codes, let's check these out first! 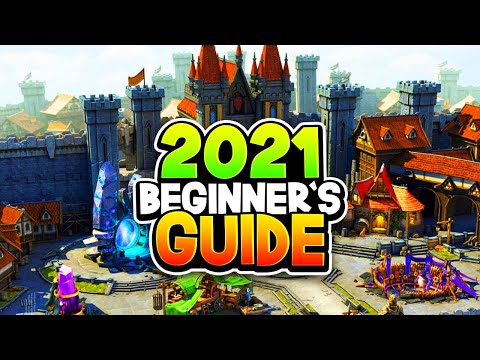 How to redeem codes in RAID: Shadow Legends

In order to enter the promo codes, follow the steps below:  Step 1: Tap on the menu on the left side of the screen, to reveal the additional options.
Step 2: Select the Promo Codes option.
Step 3: Type in your code.
Step 4: Select the Confirm button.

That's it. The rewards should arrive in your in-game mailbox immediately.

If you're wondering about some legit, 100% working promo codes in the game, make sure you try the following:

The next codes might work for some, but not for others. Allegedly, they should start working once the event goes live, but many players claim they could redeem them. We'd recommend trying them out after you claim the code 'NINJA', not before, because if they won't work, you could get restricted from trying them out for an hour.

Don't enter too many invalid codes, otherwise, you'll get a 1-hour restriction

I would strongly advise you to stay away from suspicious-looking third-party websites that claim that, for a price, you can redeem some in-game codes (yeah, right...) - they might all be fake, so you could end up receiving a 1-hour restriction from redeeming more.

That's a truly bizarre feature since not many games decided to adopt it - however, here is not the case. Your best chance would be to make sure that all the codes you want to enter are legit and working, and not try any suspicious-looking ones. Whenever you enter 3 different invalid promo codes, your account will be banned from redeeming more for an hour. Keep that in mind!

If you want to get stronger in the game, you should just farm a lot of levels, be consistent in your play (login every day, farm and upgrade heroes non-stop and do all of your daily dungeons) and you'll slowly climb up the power ladder. Of course, it helps quite a lot if you decide to spend some money on the game, but that's not necessary. As long as you are patient, you'll get stronger and stronger. Here are a few tips that will help you with that:

Focus on just a few heroes

One of the most important things you should do from the early stages of the game is focus on just a few heroes - the strongest ones you have. Spend all of your resources on them, and don't spend anything on the 3* lesser heroes - it's just going to be a major waste.

Activate the set bonus for Artifacts

Artifacts will have a huge impact on the heroes you use, so I suggest you always use ones from the same set, to get yourself additional bonus stats. To start, focus on equipping just 2 items from a Basic set, then try to farm Advanced Artifacts for the 4-set bonus.

Another thing worth mentioning is to avoid upgrading the Basic Artifacts. You will swap them for better ones soon enough, so it's better to just keep them as they are and save up the resources for the better ones.

Auto Play is not always a good option

I know how useful the Auto option can be, but try not to rely on it all the time. You should learn what each of the hero skills does and learn when to use them effectively because if you just rely on autoplay, you'll end up losing a lot of easy battles later on.

I noticed that a lot of times with the Auto option your heroes will end up casting skills at the worst time possible (believe it or not) and that can end up in you completing a stage with less than a perfect score.

Twitch streamer Ninja will be a free playable hero in RAID: Shadow Legends