Fans of Jetpack Joyride can rejoice as a sequel to Halfbrick Studios' popular endless runner has arrived. Well, for some people at least. Jetpack Joyride 2 is now available for both iOS and Android in soft-launch for folks in Australia, New Zealand and Canada.

To say the original Jetpack Joyride was a huge hit is arguably a bit of an understatement given that on Google Play alone, it has been downloaded a staggering 100,000,000 times. We were big fans of the game here too, giving it a 4.5/5 rating in our review.

News of a sequel will undoubtedly be welcomed by many then, even if it's only available in select countries at the moment. This time around, our hero Barry Steakfries is bringing an array of different guns to the fight as you battle against numerous bosses and enemies as you continue to try and put a to stop evil science experiments.

There will be a host of choices within your arsenal that include a flamethrower, laser beam and, somehow, an umbrella. As you weave and shoot your way through each area there are also power-ups available that can level up your bullets to make them even more potent. 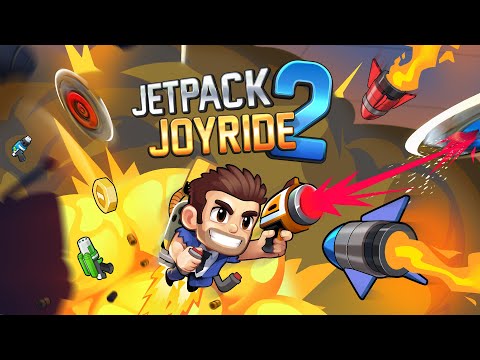 Of course, there will still be a plethora of hazards to dodge as you make your way through different laboratories with lasers and missiles being some of the dangers that will look to put an end to your current run. You can check out some gameplay from Jetpack Joyride 2 in the embedded trailer above where you'll also see a fleet of new vehicles you can drive throughout this adventure.

Jetpack Joyride 2 is available now over on the App Store and Google Play in selected countries which include Australia, New Zealand and Canada. It is a free-to-play game with in-app purchases.

Looking for other endless runners to play on the go? Here are 25 of the best available for iPhone and iPad