Like the Pixel 5 and the Motorola Edge before it, the Oppo Reno 4 Pro is part of a new class of mid-range flagship phones. It looks and feels like a top-end effort, but with performance and pricing that's a notch or two off the top.

It costs £699, though if you shop around with the usual online suspects you'll find it for anything between £50 and £150 less. But is that really good value for mobile gamers?

This is an elegant Android phone, just 7.6mm thick and weighing a scant 172g.

The display slopes off gently at the sides, rather like the OnePlus 8, and the rear panel has a slightly textured grippiness to accompany its mottled effect. It's as nice to look at as it is to hold. 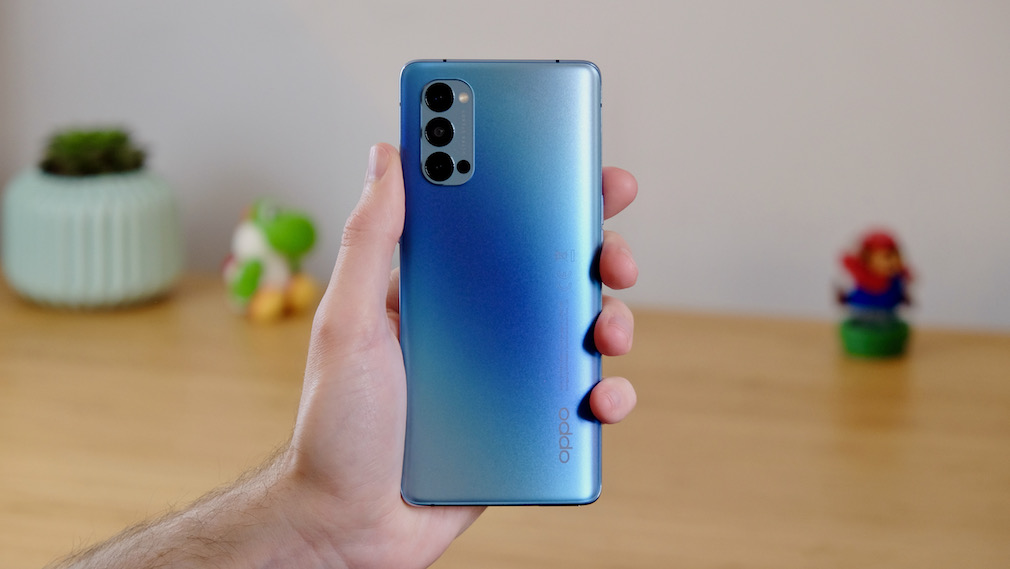 Stereo speakers are a welcome feature, as you don't always get them outside of the flagship brigade. There's no headphone jack either, so decent sound is doubly welcome.

There's nothing spectacular about the 48MP main camera sensor, its 13MP telephoto companion, or the 12MP ultrawide. But it's a reasonably well-balanced set-up that can get you good shots in most conditions, with nice natural colours.

That reference I made to the Pixel 5 and the Motorola Edge in the intro is most apt when it comes to the Reno 4 Pro's performance. Like those two phones, the Oppo runs on the Snapdragon 765G.

Even accompanied by a generous 12GB of RAM, this chip represents a definite step down in performance from Qualcomm's Snapdragon 865, which powers most of the elite Android class of 2020. You probably won't notice this shortfall in general usage, which is the main reason it's been such a popular choice south of the £700 mark. 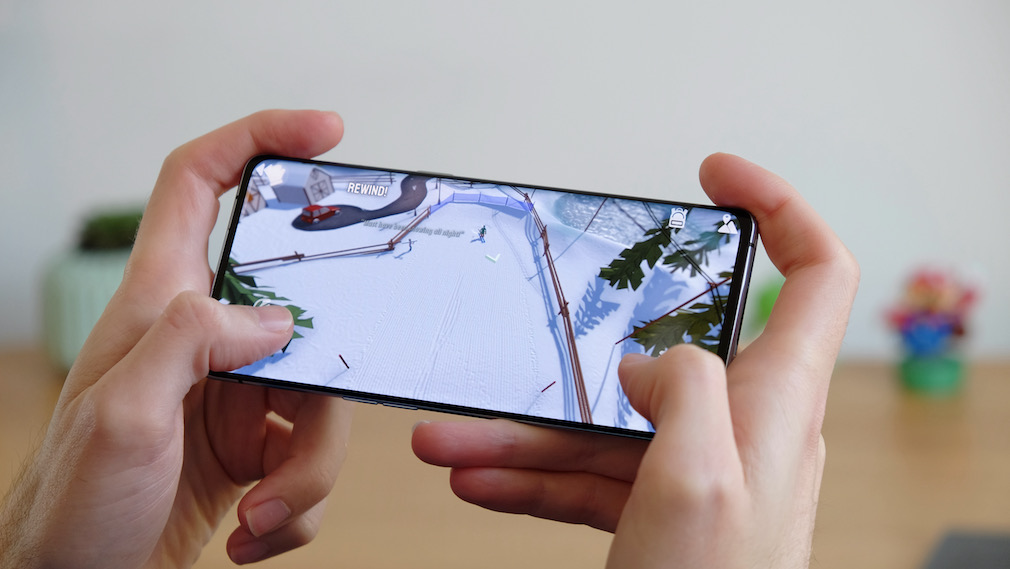 Games are a little different. Oh, you'll be able to run everything well on the Oppo, don't get me wrong. PUBG can be cranked up to HDR/Ultra, and it'll perform just fine, and GRID's tight pack racing went by without a hitch. On the 2D front, Dead Cells barely skipped a frame.

The simple fact is, though, that any phone with the Snapdragon 865 is going to perform even better. Games will run ever so slightly faster today, and that gap is only going to grow over time. And that's really the crux here for committed gamers - for similar or less money, you could buy a OnePlus 8T or a Realme X50 Pro, both of which pack the Snapdragon 865.

There's a lot to like in the Oppo Reno 4 Pro. It's a stylish, easy to use, and thoughtfully put together phone, and a pleasure to use day to day.

With a great 90Hz screen and stereo speakers, it's a lovely device to play games on too. And it can handle everything you throw at it right now, despite the fact that it runs on a lesser chip compared to Android royalty.

But that last point should also prove a bit of a sticking point for any avid pocket gamer. Why pay £600 for the Oppo Reno 4 Pro when you can spend £550 on the OnePlus 8T with its superior processor and even faster display.

The Oppo Reno 4 Pro is a brilliantly stylish and supremely well-balanced smartphone that will handle everything you throw at it. But gamers can get better performance for the same or even less money elsewhere.
By Jon Mundy
| Dec 1, 2020 |

Code Racer is a racing game about programming your vehicle, out today for Android