Launched at the end of 2019, Lazara: Battle Heroes is the first title from indie developer Gadgets Gaming. This free-to-play fantasy RPG focuses on turn-based battles and hero collecting, and in-depth character progression.

Almost a year on from its release, there are now more heroes with which to battle, and more pieces of the story to complete. Here are five reasons to download Lazara: Battle Heroes on Android and iOS.

A classic story of good versus evil

The story at the heart of Lazara: Battle Heroes is classic RPG. After aeons of war, the world was remade by The Maker. A chance to start anew lay before the people of Lazara. But now, darkness is brooding on the horizon; a new evil has emerged to challenge the peace, and only the bravest heroes can stop it. Specifically, your heroes. As you fight through the stages of story mode, you’ll discover more about this fantastical world, its multifarious inhabitants, and the mortal threat ahead. 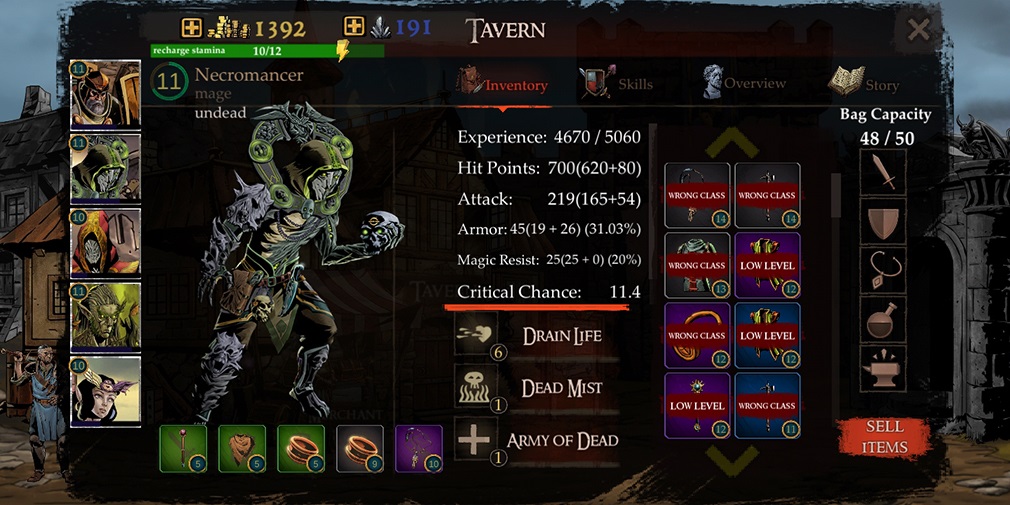 Originally launched with 17 playable heroes, the game now features 30 to collect, customise and battle. Each distinctive character has unique active and passive skills, and belongs to a class — be it fighter, assassin or mage — which determines their balance of abilities at the outset. However, as you win battles, you’ll pick up Ability and Skill points to spend on upgrading and rebalancing your heroes. You can also equip all manner of items to your characters, some imbued with special skills, giving you further avenues of customisation to set your heroes apart.

Lazara: Battle Heroes embraces the illustrative, 2D comic aesthetic. This lends it an original look when compared to the many mobile RPGs emulating the style of popular Blizzard titles and anime-inspired JRPGs. In battle, instead of focusing on overlong attack sequences, the game spotlights its expressive, detail-rich hero and monster illustrations. The main menu screen is a pleasing drawing of a sleepy town courtyard, and the map looks like it’s been scrawled with ink on parchment.

A cornerstone of many classic RPGs, Lazara: Battle Heroes challenges you with turn-based battles in both story and arena modes. Beginning with just one hero in your party, you will quickly advance to taking on multiple enemies with a band of warriors. The strategic element of combat lies largely in which active and passive skills you choose to trigger, and which mix of characters and classes you decide to take into battle with you. You can even bring online friends into the game to help you.

Lazara: Battle Heroes is one of the few RPG's that maintains parity with its characters' strengths and weaknesses - i.e there is no single character in the game that is inherently better than the rest.. This means that as long as you progress your favourite characters carefully and often, you'll never have to trade up.

If you want to assemble your own band of heroes and fend off evil, you can download Lazara: Battle Heroes for free on iOS and Android now.

Strategic puzzler Not Chess up for preorder on iOS