Battle it out in zero-gravity

Gravity Brawl was first brought to our attention last week where it was revealed the 2D shooter would be heading for iOS and Android later this year. Today developer Yellow Tie Games has shared a bunch of exclusive video with us that shows off the gameplay.

You can check this game play out in the videos embedded in this here article. As you can see Gravity Brawl takes place in a zero-gravity environment – though I guess that's implied by the name of the game – which means that whenever you shoot, your character will be propelled in the opposite direction.

This results in an interesting dance with your opponent where you'll have to manoeuvre yourself into a good position by shooting before unloading bullets in your opponent's direction. Bullets can also collide with one another too, so presumably if your reactions are on point you'll be able to defend yourself from a potential fatal shot by firing back at the right moment.

Of course, there's also the possibility you can dodge out of the way by firing your own weapon too. Aside from traversing the various maps with your gunfire, there will be a series of power-ups that will appear on the stages too that you can pick up to try and gain an advantage over your opponent. 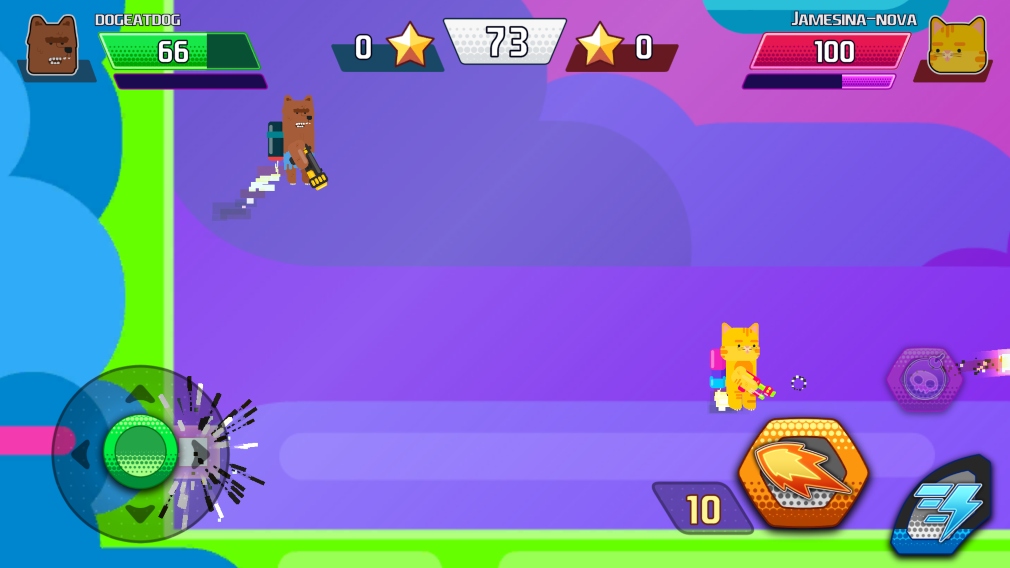 There will be a variety of different characters to choose from alongside different game modes. This will include intense 1v1 bouts and free-for-all matches which could get incredibly chaotic with the whole shooting for traversal mechanic.

Gravity Brawl will be heading to the App Store and Google Play later this year. The developers haven't committed to a date for the launch just yet but we'll be sure to keep you updated as and when we learn more.