It's also heading for iOS before the end of the year

Vita Fighters is a one-on-one mobile fighting game that was created by solo developer AngryDevs. It launched for Android earlier this year and will be heading for iOS before the end of the year. It looks to blend blocky looking characters with anime trappings.

Previously there were 15 different playable characters in the game but the latest update will introduce two more. They are called Lazarus and Ares and both will bring their own moveset and playstyle to the world of Vita Fighters.

Vita Fighters started life as a fan-made endeavour that always aimed to keep the expectations of fighting game fans in mind. The developer wanted the game to offer the versatility found in fighting games even on a mobile platform.

To do this, they made the controls very simple. All moves can be performed with a single button or a combination of two. That doesn't mean it's a slower-paced game, however, as you can see by checking out the embedded trailer above.

Vita Fighters is happy to pay homage to fighting games from across the entire history of the genre too, with each of the game's playable characters being based on recognisable archetypes. Beyond that, the nine stage backgrounds you'll battle in front of are littered with pop-culture references. 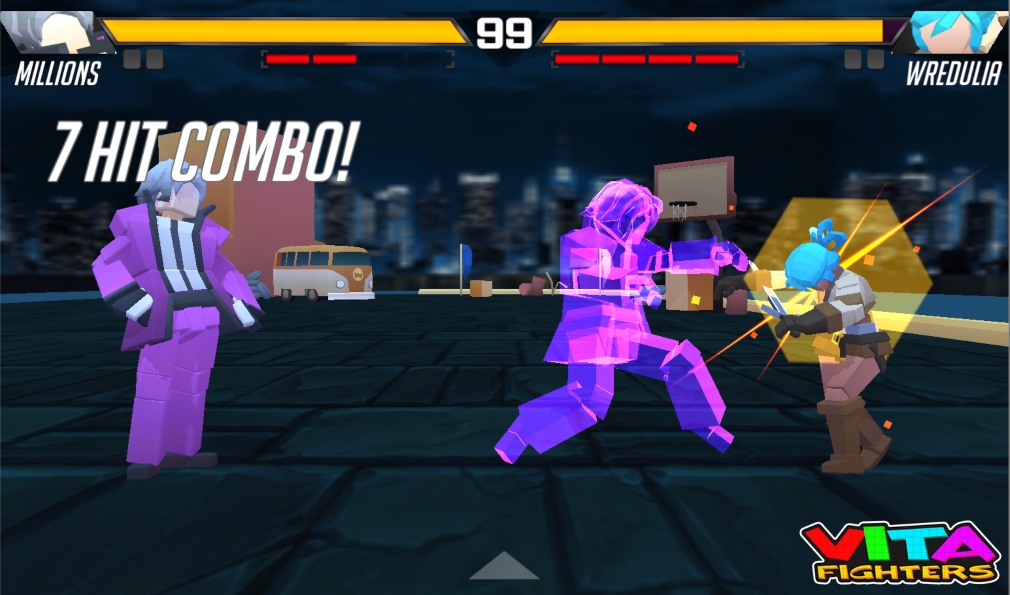 Discussing their work on the game AngryDevs said: “As a fighting game player myself, I have a hard time looking for good mobile fighting games without swiping or cooldown mechanics.”

“I really wanted to create a game where players can just look at the characters and somehow build an idea of how the characters play, where they will still be able to do what they can do in other fighting games albeit on a simple mobile platform.”

Vita Fighters is available now over on Google Play and will be heading for the App Store soon. It is a free-to-play game with in-app purchases.