It looks to blend open-world RPGs and Battle Royale gameplay

Netmarble has released its latest open-world RPG, A3: Still Alive, for iOS and Android. To celebrate, they will be hosting a live stream over on their Twitch channel at 1 pm PT where they'll provide deep insights into what players can expect from the game.

There will also be several-in game ways to celebrate the release of the A3: Still Alive too. This includes the pre-registration rewards which will give players the following: 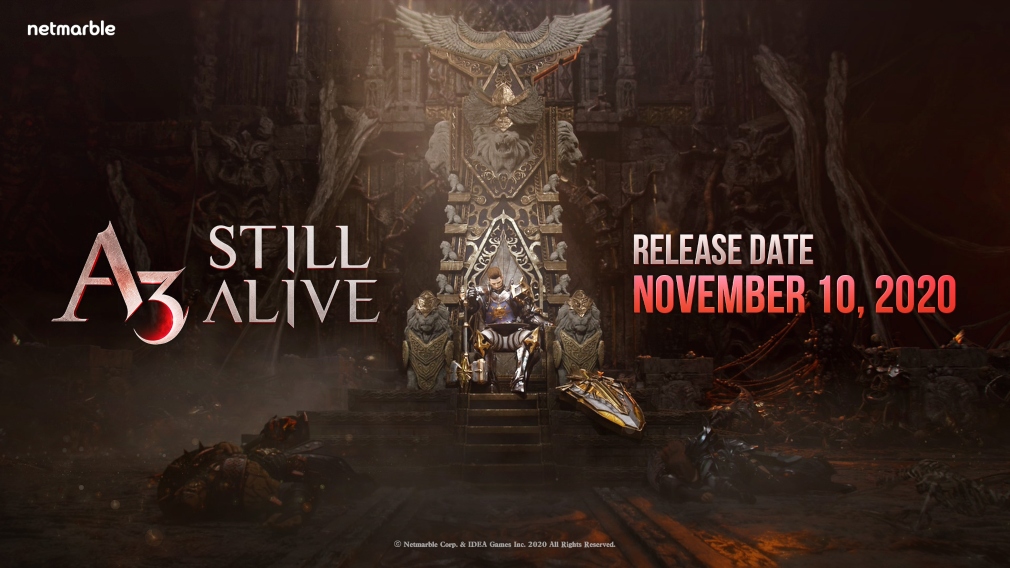 In addition to this, there will be a Server Launch Celebration Check-in Event which will net players various items including a 5-star Soulstar selection chest simply for logging in. They will also receive a Special Ancient-grade Weapon and other rewards after making their first in-app purchases.

There will also be more rewards on offer for achieving certain levels with extra items on offer for those who hit those levels first. Beyond that, the 6-star Chotaring Soulstar can be obtained depending on how many Diamonds players use. Finally, players will have seven days to receive medals for completing Starter Guide Missions, which can then be exchanged for even more items.

At launch, there will be five different classes to choose from. There will be a physical melee DPS Berserker for those who like to get up close and person alongside Templars who wield magic and work well as physical tanks. There are also Wizards and Archers for magic and physical ranged damage respectively. Finally, there are Assassins who dish out physical DPS.

A3: Still Alive is available now over on the App Store and Google Play. It's a free-to-play game with in-app purchases.