Netmarble is welcoming two new servers into A3: Still Alive, the studio's popular dark fantasy open-world RPG. In celebration of the new servers' launch, exciting in-game events will also be rolled out for players from now until July 14th.

In A3: Still Alive's latest update, players can expect special prizes and Inetrium discounts in celebration of two new servers that are now open. In particular, the new Asia and North America / Latin America regions are now available, with a special Hot-Time for New Server Users event where up to 1000% rate increase in gaining EXP (Rapid Level up) is up for grabs along with up to a 30% rate increase in the Inetrion Dungeon (Rapid Ore obtaining). 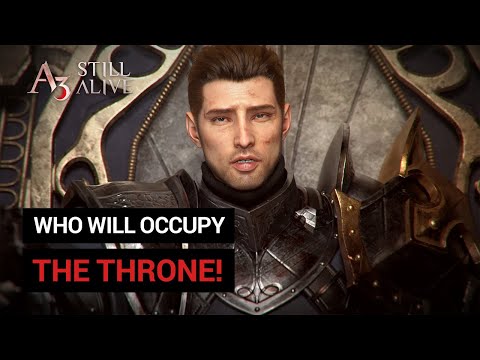 There will also be a 70% discount on the Premium Inetrion Express. If you're keen on joining in on all the festivities during the new server launch, you can download A3: Still Alive on the iOS App Store and on the Google Play Store for Android devices. It's a free-to-play game with in-app purchases.

You can also visit the official website for more info, or join the community of followers on the official Facebook page to stay updated on all the latest developments. If you're not familiar with the title, you can take a quick peek at the embedded clip above to get a feel of the game's visuals, narrative and vibe.

Are you on the lookout for more similar titles that will put your skills to the test on your mobile device? Why not take a gander at our list of the top 15 best open-world games for Android phones and tablets?

Next Up :
UpSize - Touch Puzzle Game lets you grow numbered balls to hit a target score, out now on iOS and Android

A3: Still Alive is hosting a bunch of in-game events for players of the open-world fantasy RPG this June

A3: Still Alive's integration of the Inetrium blockchain technology is now complete