Goblin Raiders is a new action game that's available now for iOS and Android. It comes from indie developer Arif Games who you might be familiar with if you've played either of their previous titles which include Dark Fear and 16-Bit Epic Archer.

Like the developer's previous games, Goblin Raiders sports a retro-inspired aesthetic but this time will see players having to defend their castle from a horde of goblins who will constantly attempt to scale its walls. There will be a plethora of options for stopping their ascent including setting them on fire, dropping poison or lobbing rocks at their heads.

Since it's a medieval setting, you can also expect crossbows alongside other sillier weapons such as bowling balls with a choice over 30. There is the same number of enemy types and bosses to defeat as well, with each presumably having their own behavioural patterns that required some slight adjustments to tactics, particularly for those who will fire back alongside climbing the castle walls.

You can check out some gameplay for Goblin Raiders in the embedded trailer above. As you can see, the gameplay itself is physics-based. This means that it's possible to hit multiple goblins with the same boulder as it can potentially bounce from one to the next. 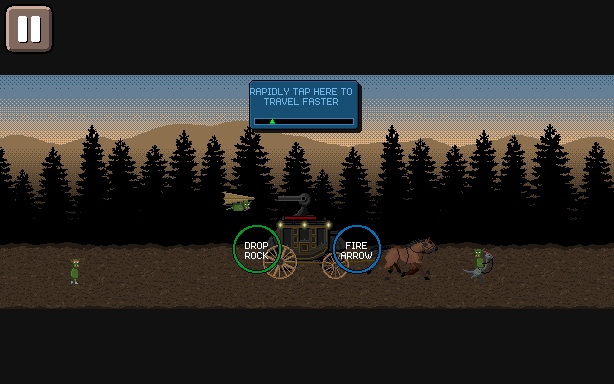 There will be a few different game modes on offer, including a story-driven campaign that will apparently clock in at around 9 hours. Within that campaign, there are also a series of mini-games to break up the gameplay a tad. Finally, an unlockable Survival mode is also available for those who prefer endless defence action.

Goblin Raiders is available now over on the App Store and Google Play. It's a free-to-play game with in-app purchases.

Looking for more action games to play on your phone? Here are 25 of the best available for iPhone and iPad
SEE COMMENTS