Wonder Games has announced that their real-time strategy title Warpath will be marching towards an open beta for iOS and Android on November 10th. However, depending on your region, you may already be able to download the game on Google Play.

Warpath takes place in an alternate version of World War 2 and will see players commanding a series of land and air units to win battles that will free the world from the control of the Raven faction. Players will be able to team up against others from across the globe in skirmishes that take place on a dynamically changing global map. 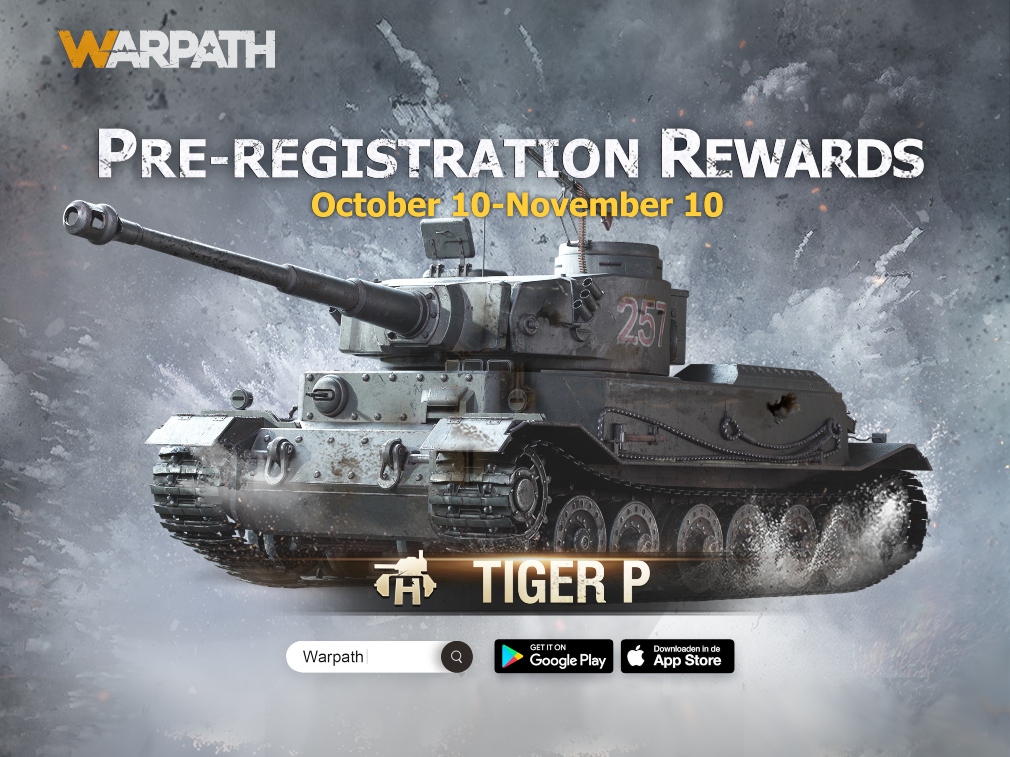 The ultimate aim will be to unite the forces of the Vanguard Division, Camp Liberty and Martyr's Watch to create an unstoppable army that will be able to quash the Raven's global dominance. Players will first need to establish a base alongside selecting which weapons and vehicles they wish to upgrade.

There will be a choice of over 100 historically accurate units to choose from including the likes of the P-40 Warhawk and Tiger II tank. Beyond that, there are different types of infantry, armour and artillery to command alongside Officers. These powerful characters bring an array of skills to the battlefield that can give players a huge tactical advantage.

Players will have the option of either controlling their units directly or using the unit's intelligent routing system to essentially play the game for them. Regardless of their approach, they'll be able to forge alliances with one another to share the rewards of victory.

Warpath is available to pre-order now over on the App Store and Google Play, though you might already be able to play it on the latter depending on your region. It is a free-to-play game with in-app purchases.

Looking for some excellent strategy games to play on your phone? Here are 25 of the best available for iPhone and iPad
SEE COMMENTS

League of Legends: Wild Rift's latest dev diary covers a regional open beta alongside a timeline for release in Europe and the Americas