You want to deploy some of the best officers in Warpath to take down enemy camps, but you're not sure which ones to go for? Below we're going to dive into the Warpath tier list of all the best officers and units in the game, so you'll know exactly how to deploy them to get the best results.

By now we've covered a bunch of beginner tips that should help you get started, so if you are new to the game, make sure you check it out.

Now that we're talking about the best units, it's important to know exactly how the unit deployment system works. Here are a bunch of tips regarding the units, so you can better understand what I mean:

The best Officers for Infantry units

Mira's entire kit revolves around buffing the infantry units, so there is no point trying to pair her up with any non-infantry. As for the secondary Officer, the Combat First Aid and Durability Pill from Florence pair up really well with the additional boosts from Mira.

All three of these officers' passives massively boost the tank stats, and if you manage to unlock the last passive for Wilhelm, you'll gain an immense power spike from Master of War. All of their skills affect the tank-type units (Light Tanks, Medium Tanks, etc.) so it's best to deploy them with some of your best tanks.

If you're not sure which tanks to deploy, then check out their power and tank type and try to deploy the units that will counter the opponent's tanks. I personally like the M2A1 Medium tank for start, or Hetzer if I want to counter a Heavy Tank.

The best Officers for artillery units

These two make a killer team when it comes to shooting missiles, such as Howitzer, Rocket Launchers and so forth. They both affect the damage of the missiles by a lot and reduce the time it takes to reload.

If you max out both of these officers' skills, you will gain a lot of additional damage to your missiles, on top of reduced cooldown. That will make for a truly deadly combination when attacking enemy camps.

When you start playing you'll unlock Randall first. After you get him, he will be pretty good at completing all the beginner tasks with ease. He's got a decent and well-rounded kit that can be used in any combination until you will unlock better Officers.

You can pair him up with Jack Spanner at the start since they will be the first two that you can unlock. Later on, move Spanner with Wilhelm von Zeppelin (if you unlock him) and assign Percy or Bloody Mary to be Randall's second.

For a more detailed list of all the officers and their rank, check out the next page for a complete Warpath tier list! 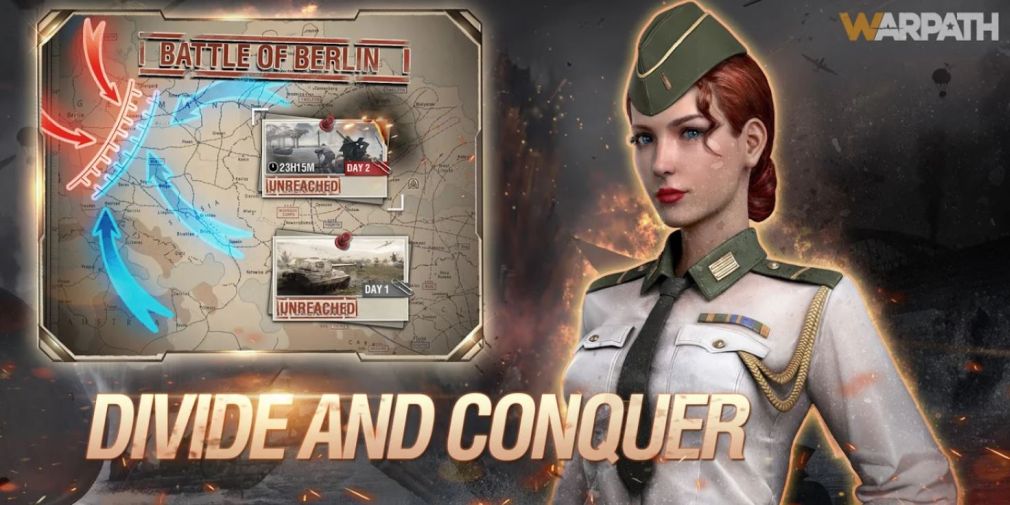 Here you will find all the units listed in a more typical tier list. I'd say that they follow a typical tier list format, but when you want to deploy them, you should always take into consideration the type of unit that you'll assign them to. You could, of course, swap them out when needed depending on the situation. That's one of the best things you could do until you unlock all the officers.

0/1
Next Up :
Hunt Royale tier list: The best hunters ranked

Warpath codes and how to redeem them: September 2022