Caapora Adventure is an action-adventure game that's available now for iOS and Android from indie developer OverAction Game Studio. It follows the story of a young boy called Yacamin who sets off on a journey to recover the four fragments of the Caapora stone.

The destruction of this stone has opened a portal between both the human and mythological worlds leading to the arrival of monsters into our realm. This will see players facing off against various myths and legends from Brazilian folklore such as the serpent Boitatá, the cryptid Mapinguari and the lady of the lake, Yara.

There will also be a variety of other beasties to battle along the way so it's fortunate that Yacamin will be armed with different weapons to dispatch them with. This includes a bow, spear, blowgun and magical bombs. Players will also craft shields to protect themselves against the dangers they'll face.

The focus of the gameplay isn't entirely on fighting, however. Each dungeon will need to traversed by jumping, swimming and riding different animals to reach new places. This means you'll be able to cut about the world of Zaltana on the likes of panthers, jaguars and warthogs. 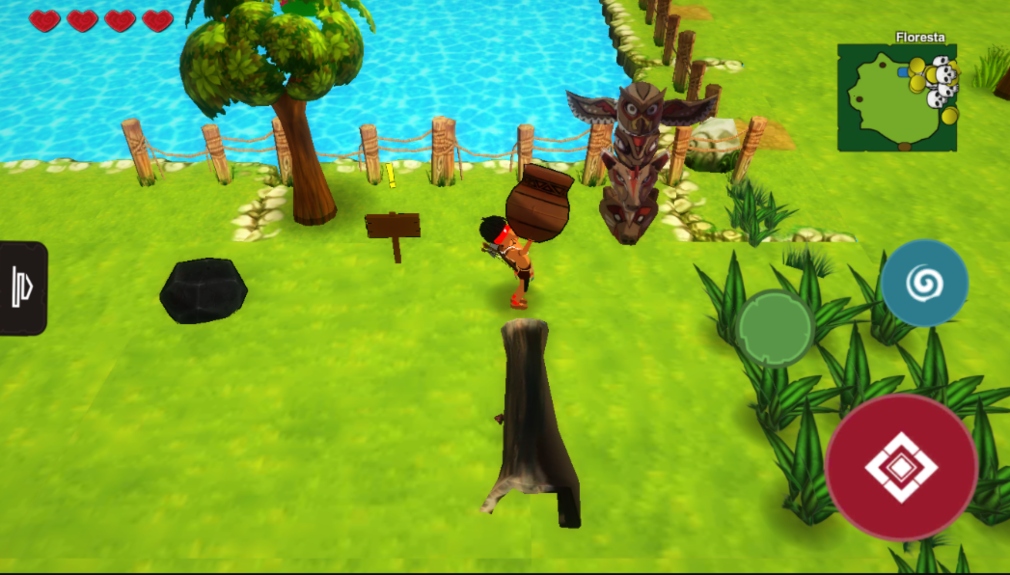 Players will also have to solve numerous puzzles on their journey, making use of the different mechanics to figure out the solutions. You can check out some of the gameplay in the trailer we've embedded above.

Caapora Adventure is available now over on the App Store and Google Play. It's a premium title that costs $1.99 on iOS and $4.99 on Android, at the time of writing. There is also a demo version available on Google Play for those who'd like to try it out before spending any cash.

On the hunt for some top-tier puzzle games to play on your phone? Here are 25 of the best available for iPhone and iPad

Tintin Match, the match-3 puzzler based on the popular series, is available now for iOS and Android