The Machine's Garden review - "Still needs some time to grow"

It's been a long time since a game hurt my brain as badly as The Machine's Garden did. This puzzle title features a deceptively simple concept - players move around a hexagonal map, attempting to touch every tile without backtracking - however, its levels include some of the most ingenious designs I've ever encountered. There are no frills or gimmicks, and each level forces you to think critically before moving on to the next. But, despite the intricate puzzles and wonderful soundtrack, there isn't much else going on in The Machine's Garden, and you'll quickly run out of things to do within a few hours of playing.

The Machine's Garden features a barebones narrative, told through fleeting journal entries that appear at the end of every level. It revolves around a decommissioned military supercomputer that interacts with villagers in a subtle, but significant, way. It's an intriguing narrative, however it's nothing that will keep you glued to the screen. The narrative is a nice addition to the gameplay, but don't expect anything too deep or so philosophical that you'll be second-guessing your personal morals late at night.

As the middling story unfolds, you'll unlock more levels, represented on the main menu by a large hexagonal map. The only other portion of the menu you can interact with is the supercomputer terminal, which houses all previous journal entries. There's no options menu, no settings to adjust, and honestly nothing else of value. The Machine's Garden is a puzzle game with just over 35 levels, a passable story, and nothing more.

And thankfully, the puzzles are good enough to do most of the heavy lifting. Each level is slightly more difficult than the last, and the learning curve is just steep enough to keep players challenged without becoming frustrating. For example, the early levels revolve around nothing more than moving in a few straight lines until you've crossed every tile on the map. Then, you're quickly introduced to walls, objects which prevent you from moving onto the surrounding tiles, forcing you to rethink your strategy. After that you'll encounter teleporting tiles and tiles that create a duplicate player on another portion of the map, further complicating your life. 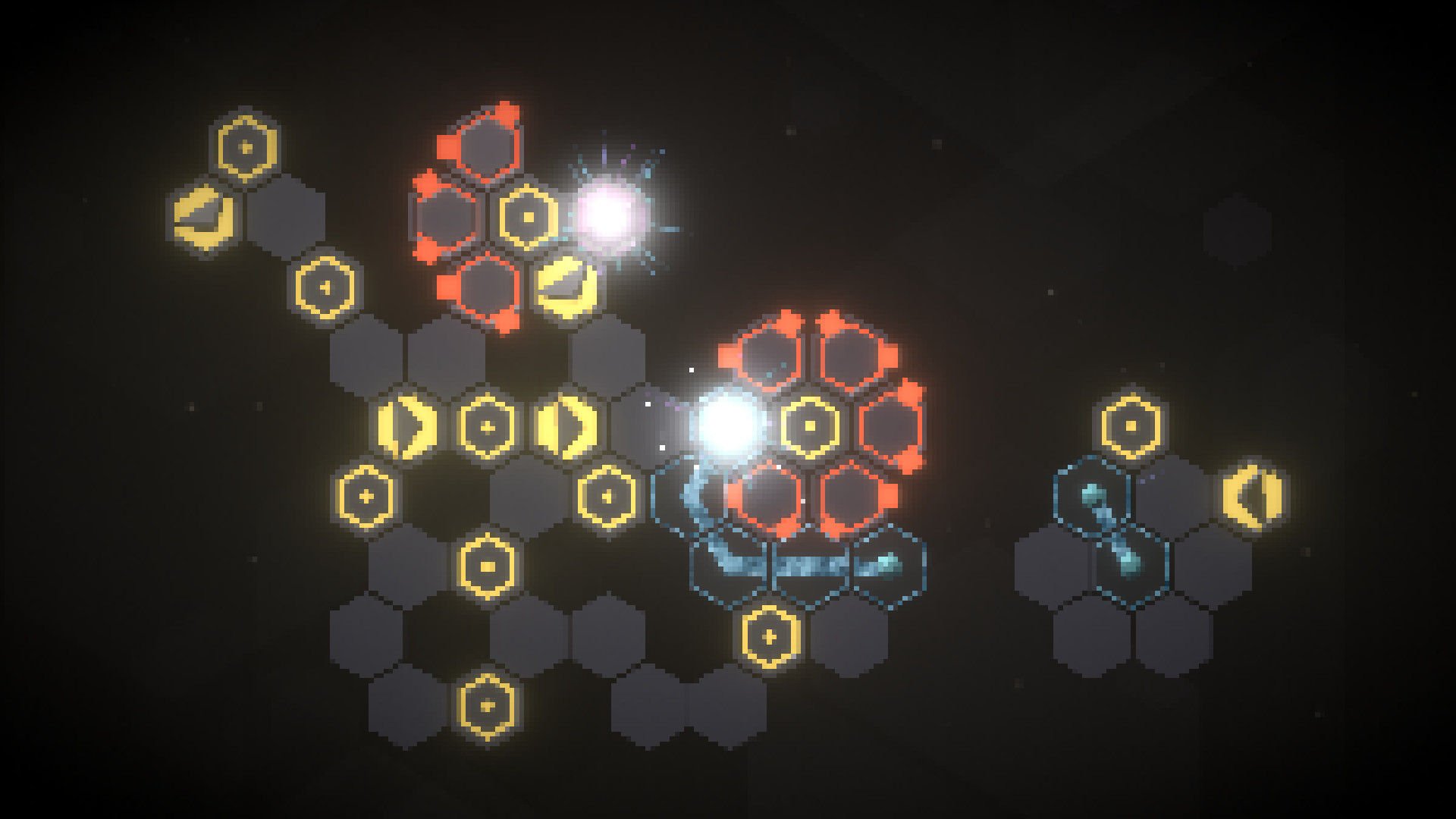 It's hard to understate how beautiful the game design is for each of these maps. I've often played puzzle games that rely on cheap gimmicks or require 'illogical logic' in order to solve some of their problems. That's simply not the case in The Machine's Garden. Every level is solved with deductive reasoning and logic, pure and simple. You'll need to thoroughly examine the map before making your moves, and even then, you'll probably make dozens of mistakes. Thankfully, the game features a rewind mechanic that quickly lets you retrace your steps and start over whenever necessary.

The Machine's Garden is available for $1.99 on both the Google Play Store and the App Store, but I'm worried that many players might be scared off by that price of admission. If you're a diehard puzzle geek looking for the next mountain to climb, then you'll be more than happy with the game - even if it is a bit short. But if you're hoping for a casual game - or something with a heap of content to keep you playing for weeks - you might want to steer clear of this maniacal puzzler.

The Machine's Garden features some of the best puzzles in recent memory, but there simply isn't enough content to justify its price in such a crowded market. Limited replayability, no adjustable settings, and a scarce number of levels will leave most people wishing for something more.
By Jon Bitner
| Aug 18, 2020 |
Android + iOS
Find out more about The Machine's Garden
SEE COMMENTS

Win an ad-free copy of Tower Hero, a new roguelike platformer, in our latest giveaway

Kingdom of Heroes: Tactics War, the strategic RPG from NEOWIZ, is available now for iOS and Android