Dead Effect developer BadFly Interactive has now publicly released a tech demo for its wildly ambitious co-op sci-fi FPS, TauCeti Unknown Origin. The game drops you into a deadly jungle world full of horrific creatures out for your head.

From tropical rainforests and dangerous marshes to dry canyons, it sounds like a varied and visually stunning locale. Along the way, you'll hunt for traces of an ancient civilization, explore mysterious temples, and learn to survive on this most inhospitable of worlds. Thankfully, you'll have a neat-looking hoverbike to traverse this hellscape in style.

You'll also be able to upgrade your character and arsenal as you continue to progress. Each character build aims to offer a fairly unique combat experience, and with it being a co-op release, you can team up with your pals when things get a bit too hairy.

TauCeti Unknown Origin is said to be a spiritual successor to the hugely popular Dead Effect series, and in just about every way, it sounds like the team is aiming for this to be a huge step above those earlier games.

The demo available today was first shown off at Game Access 2018, where it won the People's Choice award. You can expect to see two playable levels in the current version, character creation, and full controller support. And it's important to note that this is still a demo, so I wouldn't go into it expecting everything to be perfect.

The demo is intended to show just what is possible on modern mobile devices; therefore, you'll be needing a pretty decent handset if you're planning to give it a go. The game's Google Play store page mentions that high-end devices with 3GB RAM and a "fast GPU" are required. 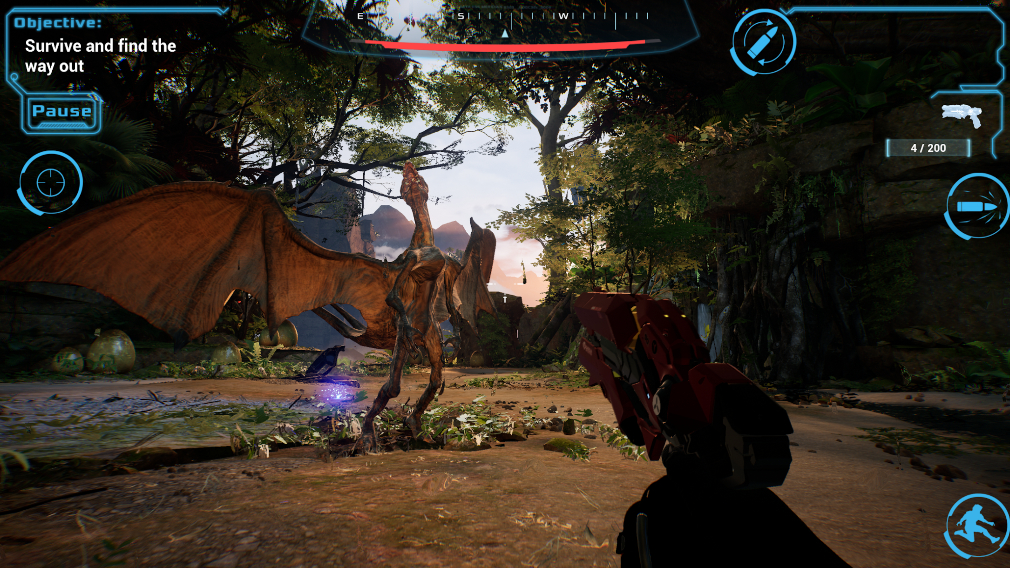 "The TauCeti Unknown Origin tech demo offers sci-fi fans a glimpse of the tremendous, fully-realized world we have planned for the final game," said BadFly Interactive CEO and Creative Director Lubomír Dykast. "Our proprietary technology was built from the ground up to take full advantage of hi-end mobile devices and deliver heart-throbbing survival action experiences from anywhere in the universe."

If you've just picked up a fancy new handset and want to put it through its paces, you'll find the TauCeti Unknown Origin tech demo available for download now from Google Play, with an iOS version set to follow. The team has also released showreels for the game's weapons, enemies, and hoverbikes.

On the hunt for the best action games on mobile? Here are 25 of our favourites for iPhone & iPad
SEE COMMENTS