Robotics! is an upcoming, casual robot building and battling game from ZeptoLab that's heading for iOS and Android in August

Robotics! is an upcoming robot battling game from ZeptoLab, the creators of Cut the Rope and Crash Arena Turbo Stars. It's the latter of those two games that's more important here, however, as Robotics! looks to build on the elements found in that title. It's set to release for iOS and Android at some stage in August.

If somehow, you're unfamiliar with ZeptoLab's previous game Crash Arena Turbo Stars, it sees players creating a battle bot before sending it in to fight against other people's creations. The focus was mostly on the building aspect, however, something disappointed Harry Slater when he reviewed it for us. 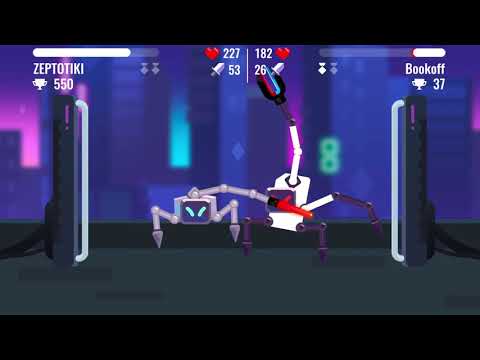 That hasn't stopped that game from becoming ludicrously popular though so it's an arguably good base to use for another. Robotics! differs in that once you've created your robot out of spare parts and equipped it with weapons you'll need to teach it how to move and fight.

This is done by dragging the various parts of the robot in different directions. Players will apparently be able to create some complex movements that the robot will learn and then repeat once it's pitted against another person's creation.

The battles will be physics-based so you can expect your robotic warrior to stagger about wildly as it does its best to dispatch its opponent. There will be a huge variety of different legs, bodies, arms and weapons to mix and match between until you find the perfect combination to climb to the top of the leaderboard.

Robotics! will be available on the App Store and Google Play when it launches sometime in August and you can pre-register on the latter now. It will be a free-to-play game with in-app purchases.

Interested in discovering the next big mobile game? Here are some of the best that are currently available in soft-launch