Those regions are Indonesia, the Philippines, and Thailand

Warbound Storm is a new strategy title from NetEase Games that's available now for Android but only in select regions, which include Indonesia, the Philippines, and Thailand. It promises to be a fast-paced real-time strategy game with 1v1 battles.

The game is set in a fantasy-themed world called Moglan that used to be controlled by humans before an orc invasion forced the humans to call upon an army of undead to assist them. Needless to say, this didn't go too well, which meant the elves had to join the battle too. 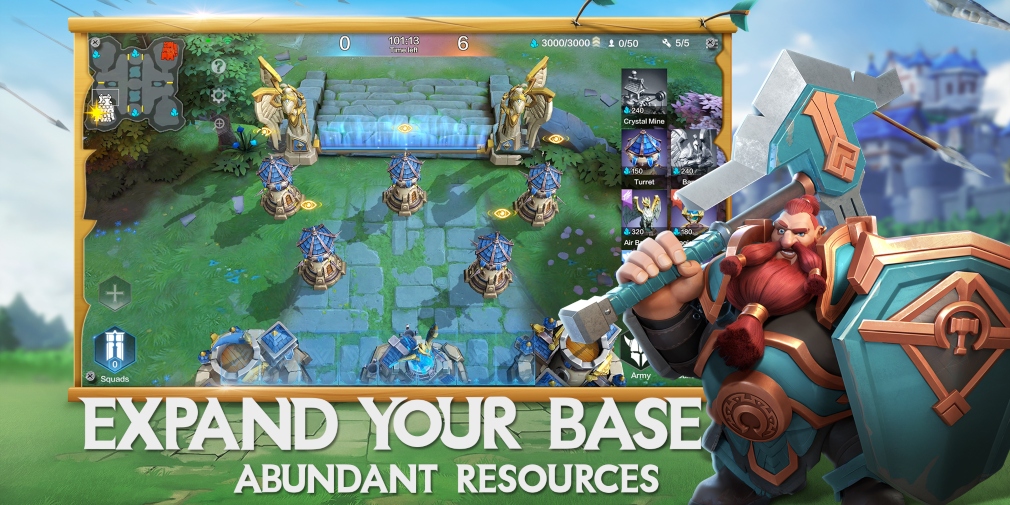 Players will take on the role of a promising commander and will start the game in a small portion of the map in the corner. From here they'll need to gather resources to expand their base alongside summoning powerful creatures and training units to build up their own army. They'll then head into 1v1 battles with the winner being the person who destroys their opponent's base first.

NetEase says that Warbound Storm will have straightforward controls that were designed with a touch screen in mind, including a fully adjustable camera. The matches are also said to be fairly short, with each bout clocking in at around five to ten minutes.

There's also a deck-building aspect to the game too and four main classes, each with their own strengths and weaknesses to consider. There are around 40 cards to choose from when creating a deck and each of those can be enhanced further to become more powerful.

These cards can be used to summon different units but players will also need to construct defensive turrets and walls as the game switches between offensive and defensive game variants. Players will apparently have total control over their base and forces, allowing for in-depth tactics.

Warbound Storm is available now over on Google Play in Indonesia, the Philippines, and Thailand. It's a free-to-play game with in-app purchases.

Genshin Impact will launch for iOS & Android before October