Petri: Blobs from Space is a bubble shooter from developer Beep Yeah! who you might be aware of through the Apple Watch game Circuloid. Their latest endeavour has made the jump from your wrist – though it's also available there too – into the palm of your hand as it's now available for iOS.

As mentioned, Petri: Blobs from Space is a bubble shooter that – as the name implies – takes place within a Petri dish. Players will take on the role of an extraterrestrial life researcher, which essentially means you'll match-three blobs of the same colour by shooting them into each other and obliterating them. 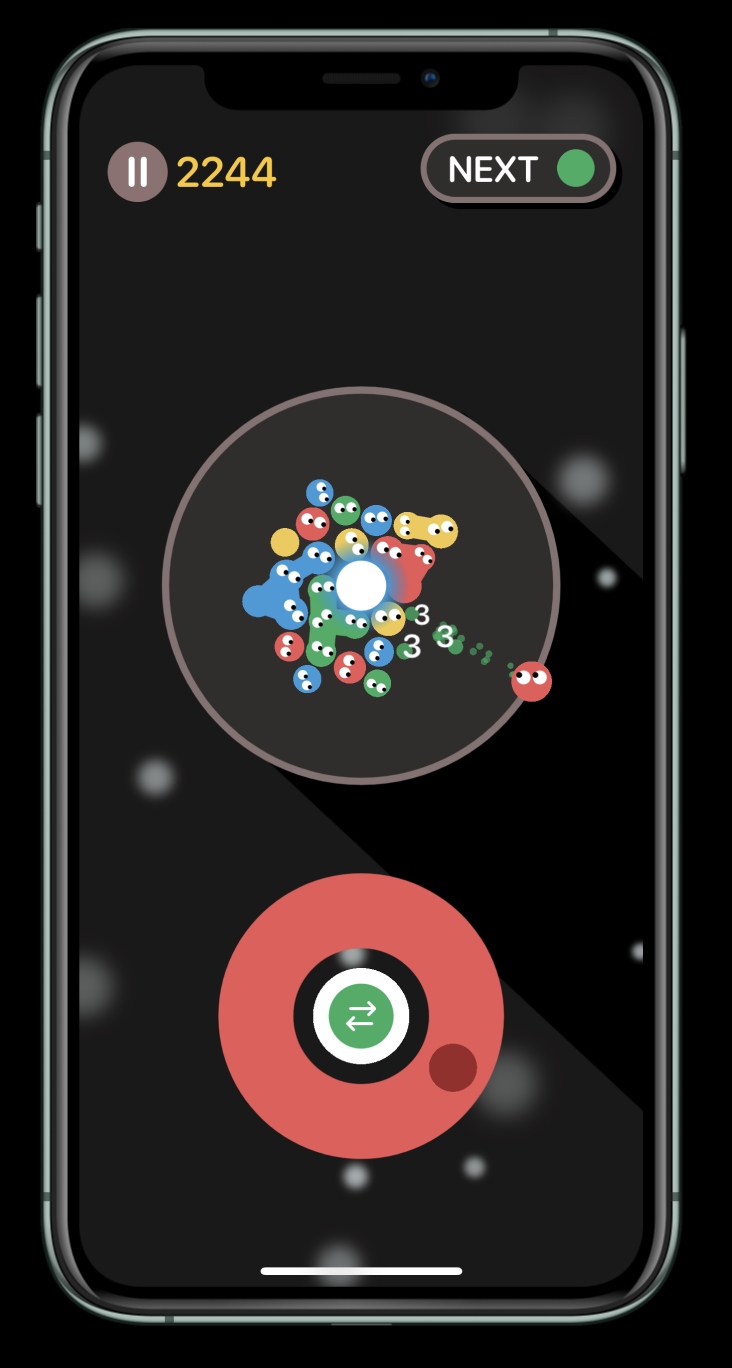 Once you've cleared them all, you'll be able to blast away the remaining black blobs that have gathered in the middle of the dish. The controls look to be very simple with a circular control stick situated directly below the Petri dish that you rotate to position the blob before firing it.

There are three different game modes to try out, with each promising a different gameplay experience. First up there's an Arcade mode where players will be against the clock so they will need to clear their way to the centre of the dish before the timer runs out.

Beyond that, there's the Daily Puzzle mode which will present players with a set challenge to complete with the aim being to make it into the Top 5. Finally, the third variant is Endless mode which is intended to be a more Zen experience, allowing players to make matches without having to be concerned about running out of time.

Petri: Blobs from Space is available now over on the App Store. It's a free-to-play game that has a single in-app purchase that will remove ads for $2.99.

Looking for other games with match-three elements? Here are 10 of the best available for iPhone and iPad