Inspired by Japanese RPGs of yore

Emergent Fates is an ambitious turn-based RPG said to be inspired specifically by Japanese classics of the genre. You'll assume the role of Rasch, a young knight heading out to experience his first proper adventure through a world of strange creatures and magic. Though what he probably didn't expect is that he'd quickly get caught up in some nasty political dealings and a battle against the forces of fate.

Along the way, you'll meet and recruit new party members such as Ava, a hunter of spectral beings, and Glass, a scientist studying parallel dimensions. From my time playing a pre-release build, they all feel fairly distinct, with each character also offering their own combat style and skills.

Developer Megaphemeral has clearly worked to flesh out the game's fantasy setting and backstory, but from what I played, it never becomes overly bogged down with lore. It feels like it could work as a pleasant introduction to what can at times be a daunting genre. 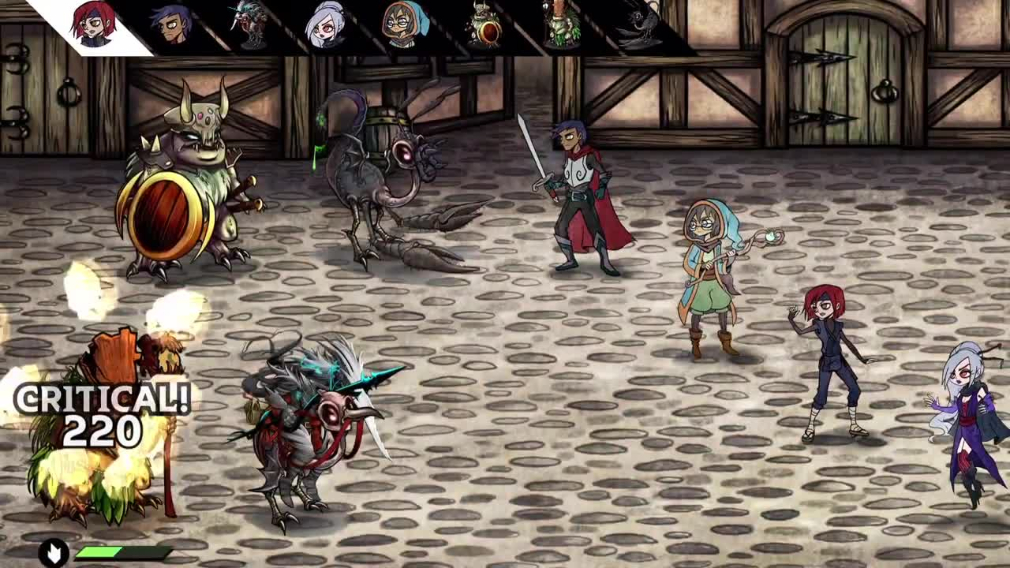 The game's striking enemy designs were what really drew me in at first. Its watercolour world is fairly linear, though this keeps the story's pace feeling brisk, at least in the early stages. And while the basic battle animations might lack some flair, there's a nice sense of style to the overall package that shines through time and again.

Oh, and if you're concerned that it might fall back on free-to-play monetisation, know that Emergent Fates has instead gone for a premium model with an option to try before you buy. You'll find it available for purchase now from over on the App Store, and it's currently priced at $5.99.

Searching for some of the best RPGs around? Here are 25 of our favourites for iPhone & iPad
SEE COMMENTS