SuperPlanet, the folks behind the very popular Evil Hunter Tycoon, is back with another idle RPG that'll be heading for iOS and Android on July 27th. This one is called Idle Guardians: Never Die where players will be upgrading and recruiting a host of the titular guardians.

These guardians will increase in power in several different ways. The first is through a standard levelling system, whilst they can also be improved using Dragon Stones, which are acquired through Rebirth. Some of this progression will only be available guardians that are either 4 or 5-stars. 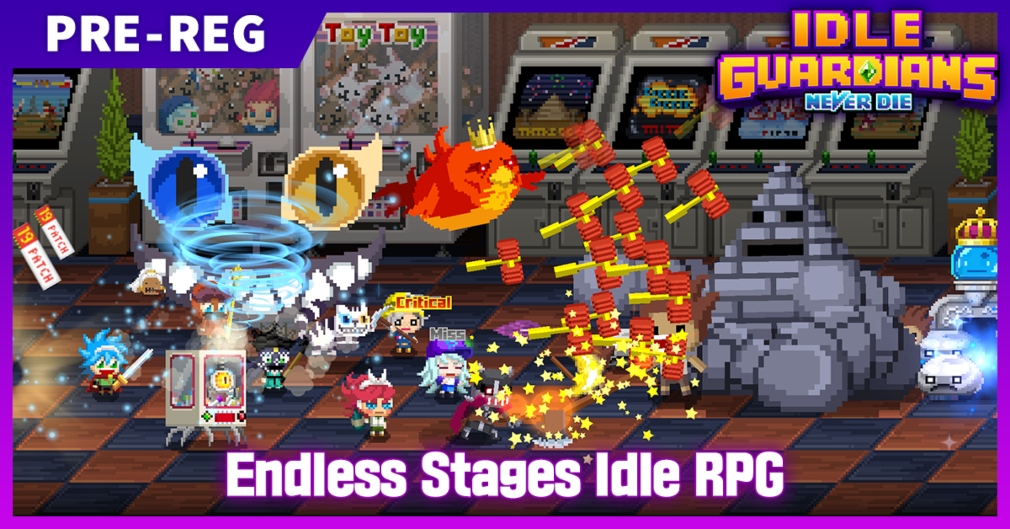 There are over 160 characters to unlock, with each having their own skills and characteristics. Once players have assembled their preferred team from this huge roster of heroes there will be several areas for them to tackle such as the Pyramid, which gives better rewards the higher the level you manage to reach.

Elsewhere, there's also Guardian's Creed: Gray Flag which is a ship where players do battle at sea and Demon World, where players can obtain various pets that will provide them with important buffs. Finally, there's also a spot of PVP to enjoy through Guild War as well as Boss Raids that you can face with fellow guildmates.

Naturally, as this is an idle RPG, the guardians will continue to fight and therefore farm resources even when the game is not open. Players will also be able to gain some additional stuff if they opt to pre-order the game. This will include 2000 Diamonds, 2 Promotion Tickets and New Character Choice Tickets among other rewards.

Idle Guardians: Never Die is available pre-orders over on the App Store and Google Play ahead of its release on 27th July. It will be a free-to-play game with in-app purchases.

Looking for a new RPG to play? Here are 25 of the best available for Android