NetEase's popular mobile survival game LifeAfter has just received its latest map, St. Rona. As if the zombies and looters weren't already bad enough, a giant volcano has suddenly erupted, spewing molten lava everywhere. You'll be challenged to defend yourself and your home from both Mother Nature and a horde of ravenous zombies.

Despite the less-than-ideal circumstances, the whole volcano thing has had the positive effect of spreading out a bunch of rare resources and rarer sights.

As I say, your main goal here is to work with other survivors to save your homes from certain destruction. You'll be challenged to navigate the treacherous terrain, extinguishing house fires and saving refugees as you go.

The eruptions play into the gameplay in other interesting ways, too, with the map's cave area proving to be incredibly dangerous thanks to falling stalactites. You'll definitely need to put some effort into reinforcing the rock walls to prevent further damage from the devastating lava strikes.

And while exploring the cave system, be sure to keep an eye out for the man-eating bats who call it home. They're fast and deadly, so be sure to proceed with extreme caution. 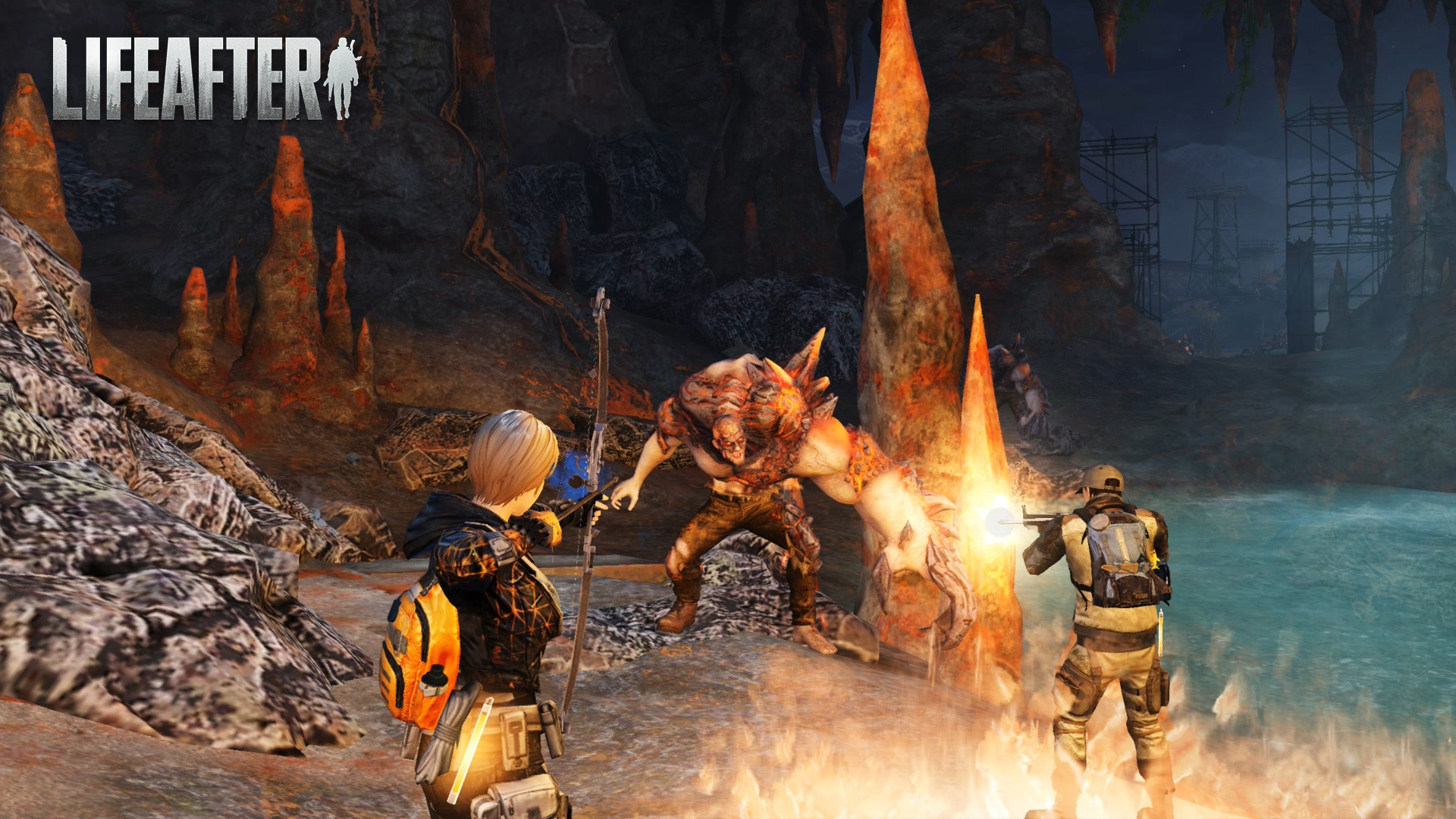 Another infected type has also arrived, this time covered in hard coal. Try as you might, your standard ammo won't do much against them, so it's important to find alternate ways of repelling or avoiding them.

LifeAfter is now available for download as a free-to-play game from over on the App Store and Google Play. It's one of the more popular, polished games of its type on mobile, and this new map sounds like its most interesting yet, especially in terms of gameplay variety.

Hunting for some high-quality multiplayer games to try with friends? Here are 25 of the best for iPhone & iPad
SEE COMMENTS