Skeletal Avenger is an upcoming roguelike hack 'n' slash that aims to put a number of neat spins on the well-worn genre. In fact, developer 10tons has opted to call it a "reverse" roguelike, and here's why.

First off, the game's dungeons play out back to front, with you seeking to reach the surface instead of delving deeper into them. You also start out dead, before working to hunt down and murder your nemesis. Every new run kicks off with a brief procedural obituary to inform the player about who they are (or were) and who killed them.

Murdering the perpetrator will net you some neat rewards and ultimately free your trapped spirit. If you fail in your quest, consider your revenge denied. Worry not, though, as there are always future grudges to settle and nemeses to hunt.

Failing is a natural part of the experience, and it's all in aid of making your next avenger stronger than the one before. If any given quest happens to be too tricky, you could always recruit some friends for a local co-op session.

The hack 'n' slash combat is similarly strange, largely revolving around self-decapitating special moves. Yup, that's right, you'll pull off your own head and use it as a grisly weapon. Plus, you'll have plenty of different heads at your disposal, each with its own unique attack. They can, for example, explode, sick up necrotic slime, or roll around like a deadly bowling ball. 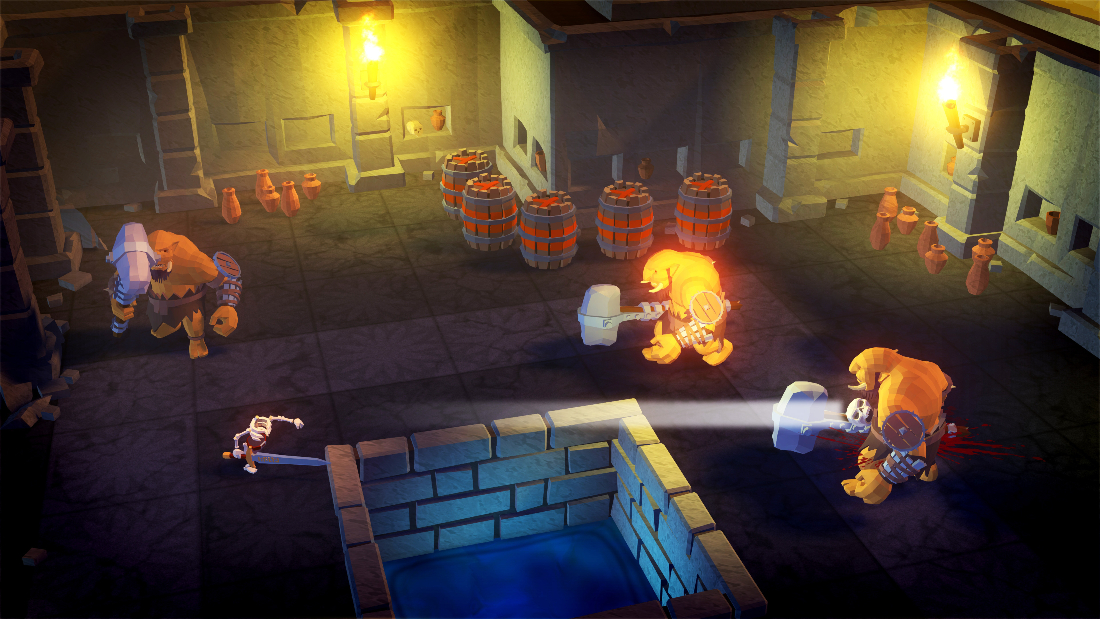 10tons has put out several big-name mobile games in the past, including JYDGE, Neon Chrome, Crimsonland, Tesla vs Lovecraft, and Undead Horde.

Skeletal Avenger is currently slated to launch for PC, current-gen, and next-gen consoles in late 2020. iOS and Android versions are set to follow at a later date. More info can be found over on the game's official site.

On the hunt for some of the best action games around? Well, here are 25 of our favourites for iPhone & iPad