By Catherine Ng Dellosa
| May 13

Following its release on iOS in December last year, 10tons' dungeon-crawling roguelite Skeletal Avenger is out now on Android. The hack-and-slash game lets players take control of an avenging skeleton seeking justice against those who led him to his ultimate demise.

In Skeletal Avenger, players can expect to tinker around with tons of unique perks plus special moves where the titular skeleton can chuck his head at unwitting foes. Players can enjoy customising their own playstyle with more than 50 trinkets and perks, as well as engage in self-decapitation to unleash powerful special attacks.

There are different hats to don to embody special effects as you fight your way through four biomes (Dungeons, Sewers, Dark Caverns and the Sorcerer's Castle). There are also more than a dozen kinds of enemies to take down, each with their own unique behaviours that keep each run fresh and unexpected across procedurally generated levels. 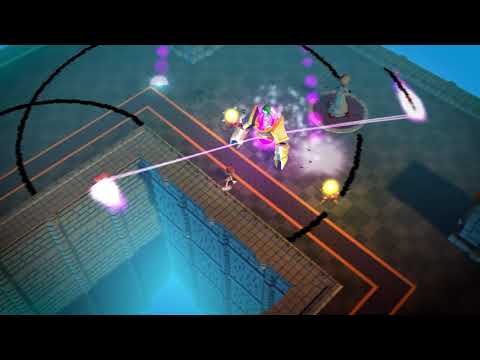 The game also features different quests that completionists can aim for to nab that elusive NG+ mode, as well as Arena Challenges players can test their skills in. If you're keen on giving the game a go for yourself, Skeletal Avenger is now available to download on the Google Play Store for Android devices as well as on the iOS App Store. It's a premium title that costs $5.99 a pop or your local equivalent.

You can also visit the official website to know more about the title, have a look at the clip above, or join the community of followers over on the official Twitter page to stay updated on all the latest developments.

Are you on the hunt for more similar titles that will put your skills to the test on your mobile device? Why not take a gander at our list of the top 25 best roguelikes and roguelites for iPhone and iPad (iOS)?

Next Up :
Call of Antia releases a major content update featuring an abundance of content for players