Nordeus CEO Branko Milutinovic talks us through the past, present, and future of Top Eleven

For the past 10 years, Nordeus' Top Eleven has been one of the biggest football management sims in the world. Having started life as a browser game, it eventually made its way over to mobile in 2011, where it's since amassed over 220 million registered users.

The game has grown and evolved considerably over the years, sidestepping the idea of annualised sequels in place of a seasonal structure. Before the term "live service" was commonly used, Nordeus CEO Branko Milutinovic and his team were devising a game that could keep players around for years to come.

"It always made sense to be an ongoing live service rather than yearly iterations", says Branko. "Players are building their squads over years, and they don't want to have to restart that every 12 months. So the decision [not to go the route of annualised sequels] was based around the user's needs and motivations, to encourage longevity and loyalty. Just like real-world football." 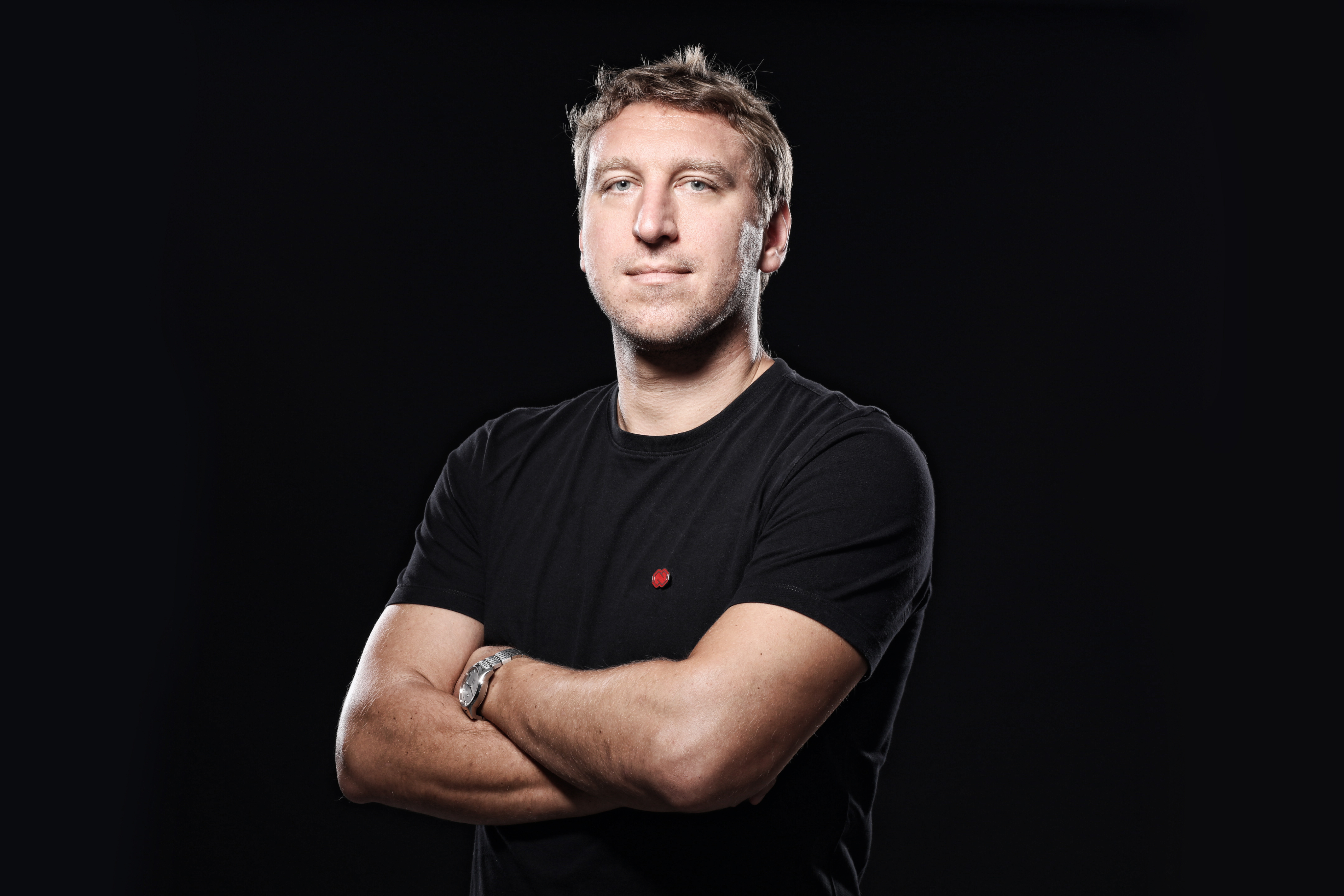 Branko tells me that the team has worked to keep the game on trend with modern styles without sacrificing the heart of the experience.

"What we have looked to do is keep the core fundamentals of the game. From match times, league system, auctions, and squad building. That stability enabled us to build out a committed and loyal user base, and we could build on that throughout the years to keep it evolving."

Another way in which Nordeus was an early innovator was its successful adaptation of Top Eleven from Facebook-only browser game to mobile.

"We had a couple of big challenges in the early days, like servers going down in the middle of the night, but thankfully we have some exceptional engineers who would burn the midnight oil to get the fixes up and running. That was a big learning curve for us during the start of the company and dealing with a large user base, we learned a lot, but also made a number of decisions on pure gut instinct."

Top Eleven's success was further cemented when José Mourinho was brought on to be the face of the game in 2013.

"He's one of the most successful managers in the world, so that not only helps us in brand recognition, but also we can learn so much from him. He came into our office last year for a chat with the whole company, and to give us some wise words on leadership and management. He's a very inspiring speaker. He also has a great sense of humour, and this has really helped when we are creating content such as pranking Football Daily and our community."

Rubbing shoulders with the stars and running one of the biggest mobile games of the decade isn't something the team at Nordeus likely envisioned back in 2010. The studio had a very humble beginning, and its indie spirit is something that Branko sees as being key to keeping the company grounded and humble. He tells me this idea is baked into Nordeus at all levels, from the hiring process to how management operates.

"We look for true team players, those who will bring to the forefront collaboration and togetherness. Those who can bring something special to the table and want to help others grow. The spirit of the team is key."

"We also look to make sure that we as a Leadership Team are open and transparent with everyone. We ensured that our office is right at the centre of the building with easy access for all to come in and chat with us, we hold weekly company-wide meetings where we share game updates, financial performance, business strategy, and we keep this transparent and open in an AMA environment."

In recent years, management behind some of the largest, best-known game development studios have come under fire for poor treatment of staff, damaging periods of crunch, and cultivating toxic working environments. Branko tells me that, in trying to stay true to its indie roots, Nordeus' leadership strives to prioritise its team's health and happiness above all. He says it's about leadership showing empathy and looking to ensure that staff are happy at home as well as in the office.

Many of the game's most recent additions are said to be driven not by the team but by the game's community, including Nordeus' take on the battle pass, Special Sponsor. The team has also experimented with major tie-in events with, for example, the 2018 World Cup in Russia. 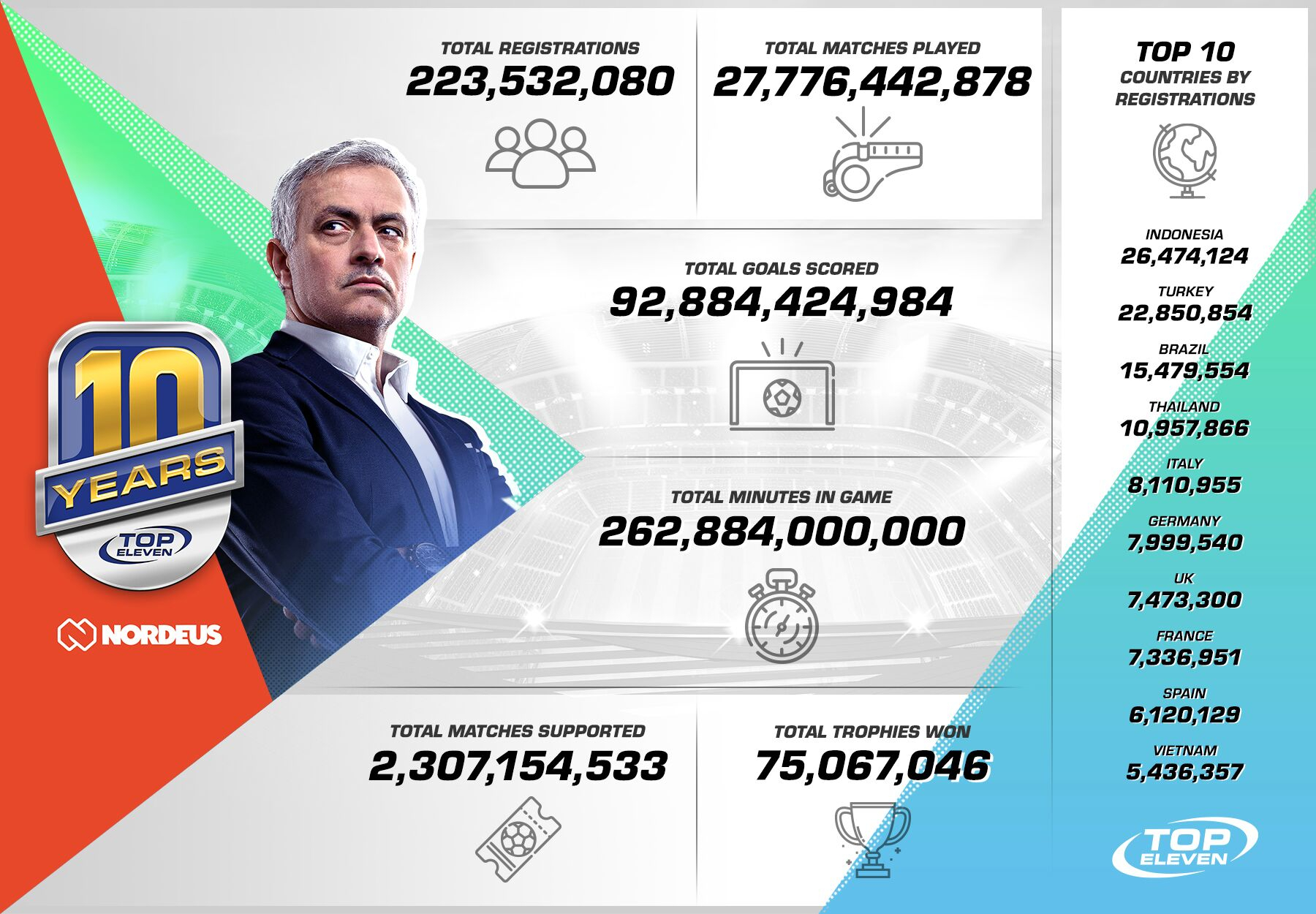 While Top Eleven has remained relevant for a full decade, there's no doubt that it faces stiffer competition than ever before in the football management space on mobile. Branko believes that the game's continued popularity means that Nordeus must be doing something right.

"But you can't let that make you become complacent. We have and must look to develop new features, listen to our players, and continue to innovate. I believe that if we had gone the route of yearly iterations, we would not be in the same position as we are today."

And so what about the future of Top Eleven? Where will the game be on its 20th anniversary?

"Hopefully we're back here with you asking me how we've kept a game running for 20 years. I don't think people thought we would get to 10 years, but the game is still going strong. So let's see where technology and the industry takes us. I want to see Top Eleven ingraining itself further into the football vernacular, and then let's continue to listen, learn, adapt, and innovate with our players and new tech. Football is evergreen, so Top Eleven should be as well."

Searching for more top-tier football games? Here are 25 of the best for iPhone and iPad

The Otherside is a turn-based, strategic RPG about battling otherworldly beings and it's available now for Apple Arcade

Want to win this fantastic Top Eleven prize? You're going to have to be quick then