If you're an Apple Arcade subscriber you will likely have already played Cat Quest 2, the sequel to the seminal feline RPG Cat Quest. Cat Quest recently became free on mobile, allowing a whole new wave of people enjoy a bunch of cute and pawful puns, in addition to fun action RPG gameplay.

If you're an Apple Arcade subscriber that hasn't played Cat Quest 2 yet, or you're a fresh Cat Quest player that's look at playing the sequel, then we're here to help. First, we'll put your fears to rest: Cat Quest 2 is more of the same, but just as good as it always has been, with the new twist of a second protagonist.

You'll be able to use both kitty warriors in this adventure, each with their own abilities, weapons, gear, magic attacks, and more. For everything you need to know about playing Cat Quest 2, read through our battle tips below… 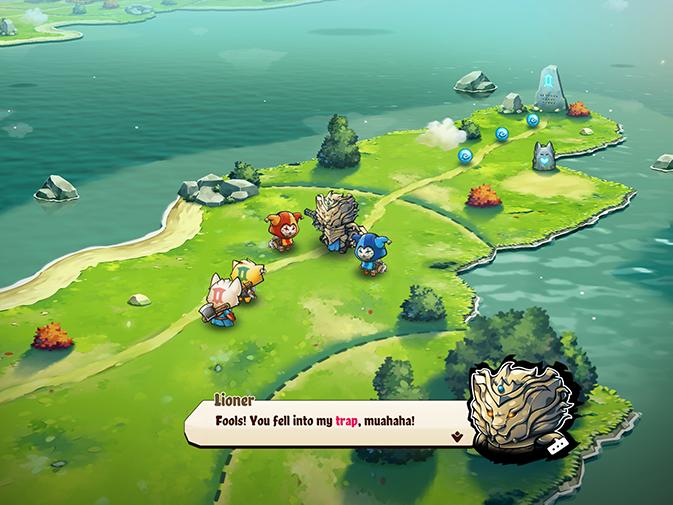 Since there's a second protagonist in Cat Quest 2, that means you can finally enjoy the game in co-op. Attach a couple of controllers through Bluetooth, sit next to a friend and presto, you can both enjoy the game.

By using both characters you can deal massive damage to enemies, and easily take down some of the more formidable foes in the game. All you need to do is ensure both yourself and your partner use all of the skills in your arsenal, and upgrade yourselves as you go.

But of course, this is quarantine season currently, and playing with friends isn't always an option. Instead, you can, of course, play solo.

Playing solo makes this game far more similar to the original Cat Quest, but the second protagonist is still there, and you can still use them during battle.

So the first thing you can do is watch the health and magic of both characters to keep them both healed, and then swap between them as need be in order to dominate fights.

This will be especially important later on in the game if you specialise either character in melee or magic, and use those affinities against weak opponents.

Both protagonists will come with their own magic attacks, and of course, these attacks will be better used against certain types of enemy, and as such, you should switch to whichever character has advantageous magic, if possible.

In a pinch, when against an opponent where magic is a necessity, swap to whichever protagonist has the most magic, and use their abilities.

Basically, the key to using both protagonists is ensuring you're prepared to switch between them at will, and often.

But Cat Quest 2 takes a lot of cues from the original, and in the original, the primary things you have to worry about is attacking, and dodging, and that's true here.

Enemies will have a red AOE effects surround the locations where attacks will ravage you, and you simply have to stay out of the way if you can. It's really as simple as that.

It's easy to not think too much about it early on in the game, but when going up against powerful enemies, this basic rule will keep you alive.