Alongside some quality of life changes

A whole host of features have arrived in Cat Quest II following its latest update. This ranges from smaller changes to a New Game Plus mode, which should hopefully add some replayability to this feline adventure.

As you'd expect with a New Game+ option it will allow you to play through the entire game again with all of your current gear, skills and experience. This difficulty will also be adjustable, which might not sound all that groundbreaking until you learn that you have the option to add +999 levels to all enemies you encounter. 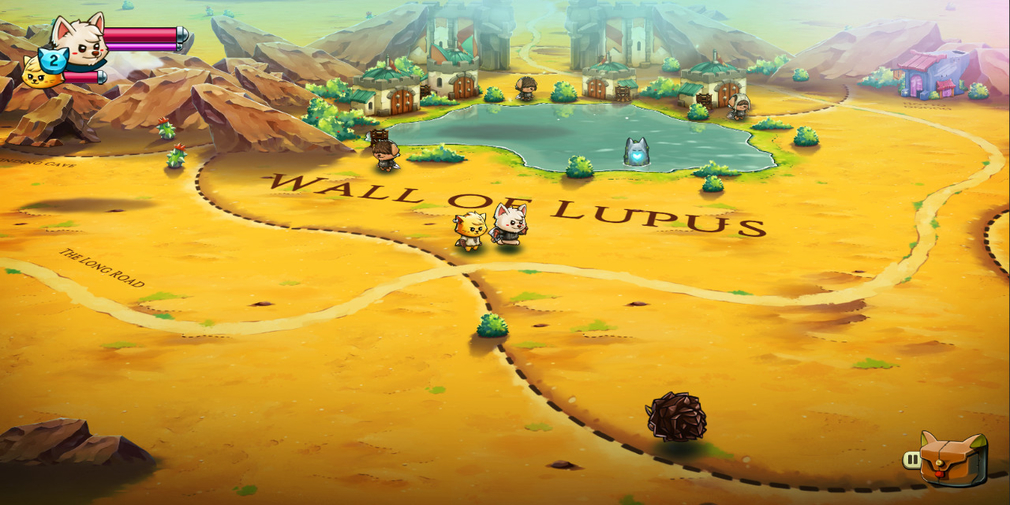 So if you really want to be challenged after tackling the game once, you can immediately increase the difficulty by a ludicrous amount. To unlock New Game+ you'll first need to complete the epilogue even if you've done so before. Once you've done that you should be able to select to start New Game+ from within the main menu.

Beyond that, there's been several quality of life changes that have been made to Cat Quest II. Firstly, the AI of your partner has been improved, so now they'll hopefully prove to be a lot more useful. Additionally, you'll be able to view your completion stats for dungeons, quests and items from within your inventory menu, which is a great addition for folks who prefer to 100% everything before moving on.

If you're unfamiliar with Cat Quest II it's an action-adventure game with more cat puns than you'd ever realised were possible. It can be played solo or with a friend if you want to embark on a cat-centric adventure with a pal.

Cat Quest II is available now on Nintendo Switch and Apple Arcade, which is Apple's gaming subscription service that costs £4.99 a month. For more games available on the service check out our hub page.