The team hit their Kickstarter goal within 38 hours

Fireball is an upcoming app for iOS and Android that allows players to set up tabletop role-playing games on their phone and play them from there too. The developers recently launched a Kickstarter where they were looking for $20,000 dollars to fund the project, a goal that was swiftly reached within 38 hours.

There's no set release date beyond a tentative Autumn or Winter this year. However, those who have backed the app on Kickstarter will be able to get early access to the game during the Summer where they'll be to experience everything Fireball has to offer.

It aims to simplify the process of playing these types of games, calculating all of the rules in the background, leaving players to focus on the role-playing aspect. Players will be able to communicate through Fireball's in-game chat. If you don't have any pals that like playing role-play games there's also the option to play with others in your time zone if you're feeling particularly sociable.

There will also be specific tools built into the app that will allow Game Masters to create the world that their friends or other random players will embark on their adventure within. Beyond crafting the world you'll be able to pick the ruleset and the other usual stuff involved in creating a campaign. Players will be able to create their own characters, choosing from a selection of races and classes before diving into the campaign. 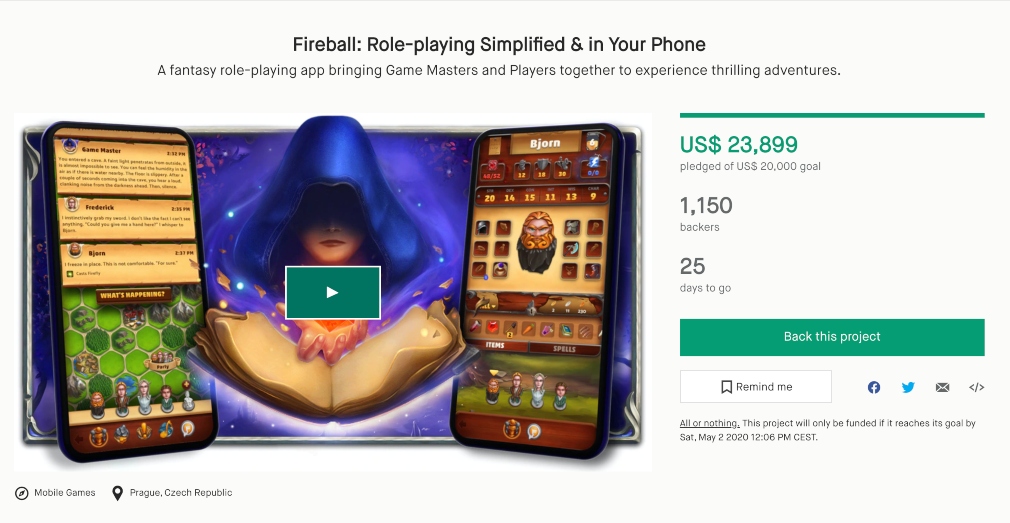 It sounds like a great idea for those who are looking for a more streamlined way to play tabletop-style RPGs and it will also have useful tools for those playing in person too. It should be novice-friendly too given that all of the rules are automated. If you're interested in learning more you can check out the fairly extensive FAQ section on Fireball's Kickstarter page.

Fireball will be heading for the App Store and Google Play later this year where it will be a free-to-play game.