[Updated] CatSpin, a puzzle platformer that first released for iOS 10 years ago, is now available for Android

It's back, updated and apparently more difficult than ever

CatSpin has now also made its return for iOS, so you'll be able to grab it over on the App Store for $0.99. If you missed this news previously you can also buy the game from Google Play.

CatSpin might be a name that's familiar to you if you've been a fan of mobile gaming for the last decade. The game was originally available for iOS over 10 years ago where it was quite popular after being featured on several of the App Store's various self-curated lists such as 'What's Hot?' and 'New and noteworthy'. Now, a decade later, an updated version is available for Android, though it hasn't made a return to iOS.

If you've not been following mobile gaming for that long - or simply don't quite remember what CatSpin is all about – it's a puzzle platformer where you control both the main character Neko's movement alongside rotating the world around. This allows our feline hero to reach places he previously couldn't.

You'll need to remember that objects or elements within the world will adhere to set rules when you rotate the stage around. For instance, rocks will always fall down due to gravity and fire will continue to burn upwards. So you'll have to be mindful of where these hazards are likely to end up before turning the level.

Compared to the original, this updated version of CatSpin is apparently more difficult than ever and introduces a further 5 levels to the game. This brings the total to 55 stages with additional puzzle elements included to increase the challenge. 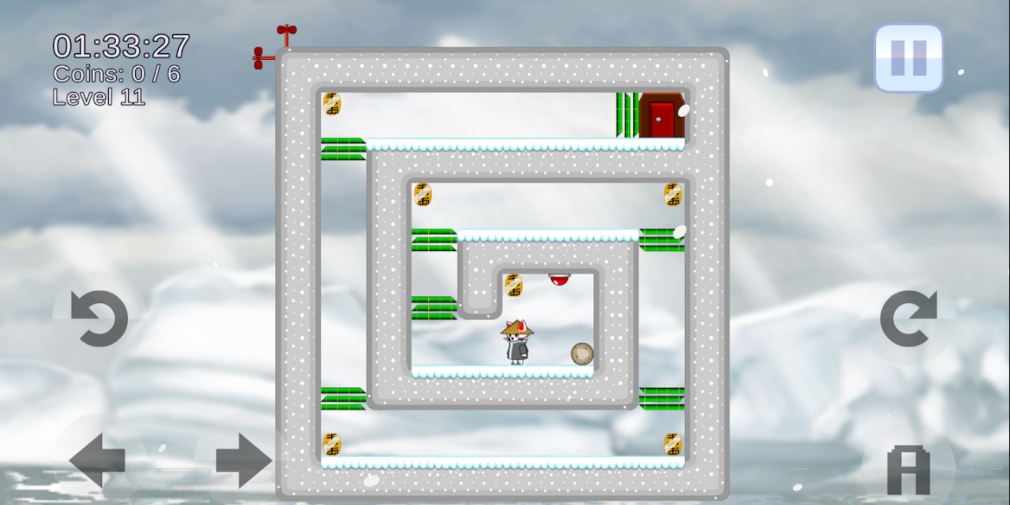 There are two different control schemes available, one of which is a throwback to the time which the game was first created. You've got the standardised virtual buttons on-screen but you'll also be able to opt for the accelerometer setup if you'd prefer to play the game with tilt motion-controls.

CatSpin is available now over on Google Play. It's a premium game that costs $0.99.

Enjoy solving a plethora of puzzles in your games? Here are 25 of the best brainteasing games available for Android
SEE COMMENTS