War Tortoise 2 first popped up on our radar back in January when it was announced it would be arriving in early 2020. It turns out, that meant today and it's now available for both iOS and Android as a free-to-play game.

As the name would imply, War Tortoise 2 is a sequel to its predecessor which launched back in 2016. Harry reviewed it at the time where he found it to be a reasonable idle shooter, particularly for those who have any interest in the genre.

Much like its prequel, War Tortoise 2 will see players gunning down wave after wave of enemies. The fun part is that you'll be doing this by kitting out a giant tortoise with an array of different weapons. This includes flak cannons, miniguns, howitzers and plasma rifles.

There are also a plethora of pilots to choose from that will take charge of your titular war tortoises that will all take the form of furry little critters. For instance, there's a sniping expert squirrel alongside a hamster who is supposedly an ace pilot. 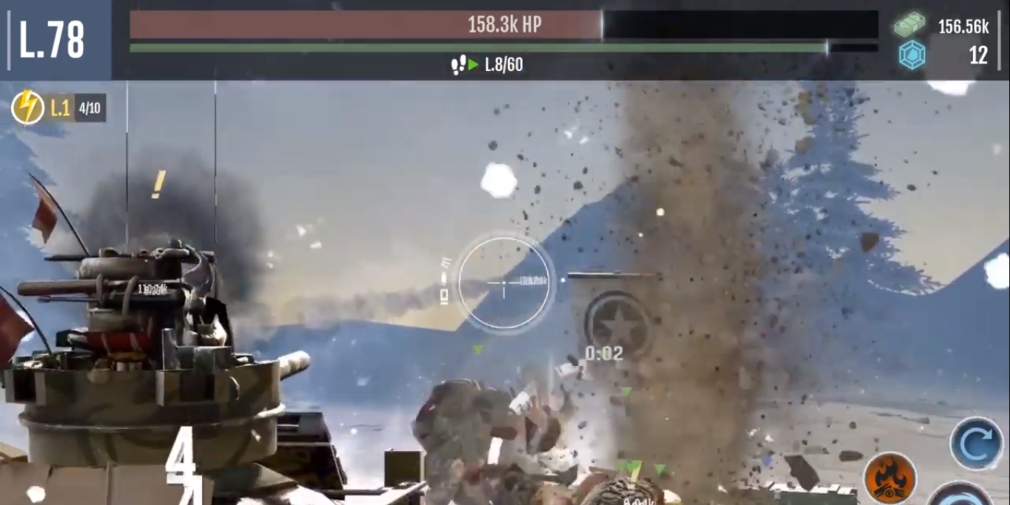 All of this means that there's plenty to upgrade and customise as you make your way through the game. It's an idle shooter meaning that you're involvement is very minimal if you want it to be. So if you're the type of person who just enjoys watching their army of giant gun-toting tortoises become more powerful, it might be for you.

Unlike its predecessor, there are exploration elements to be found in War Tortoise 2. You'll be able to build structures after taking control of important locations. This should serve to break up the endless slaying of enemies.

War Tortoise 2 is available now over on the App Store and Google Play. It's a free-to-play game with in-app purchases.

Prefer your action to be a bit less idle? Here are 25 of the action games available on Android
SEE COMMENTS