From the makers of Dan the Man, Jetpack Joyride and Fruit Ninja

Halfbrick Studios, the folks behind Jetpack Joyride and Dan the Man, has returned with a new multiplayer racing game called Battle Racing Stars. It's available now for both iOS and Android as a free-to-play game.

It's not a racer in the traditional sense with vehicles and a variety of tracks though. Instead, it is a side-scrolling runner with a bit of platforming thrown in to test player's reflexes as they dash through the numerous stages you'll find in Battle Racing Stars. Games will have up to 4 other players and will last under two minutes.

There will be several different modes you can hop into to test your skills against players from around the world. This will include pretty self-explanatory options such as Quick Play and Friendly Race but there are also a few modes with their own rule sets to pick from too.

For instance, there's UFO Apocalypse where you'll have to avoid being abducted by a flying saucer whilst trying to throw your opponents into its tractor beam using a variety of weapons. Meanwhile, there's also Flappy Bomb where you'll be pursued by a giant explosive that will detonate on the player in last place if they remain there for too long. 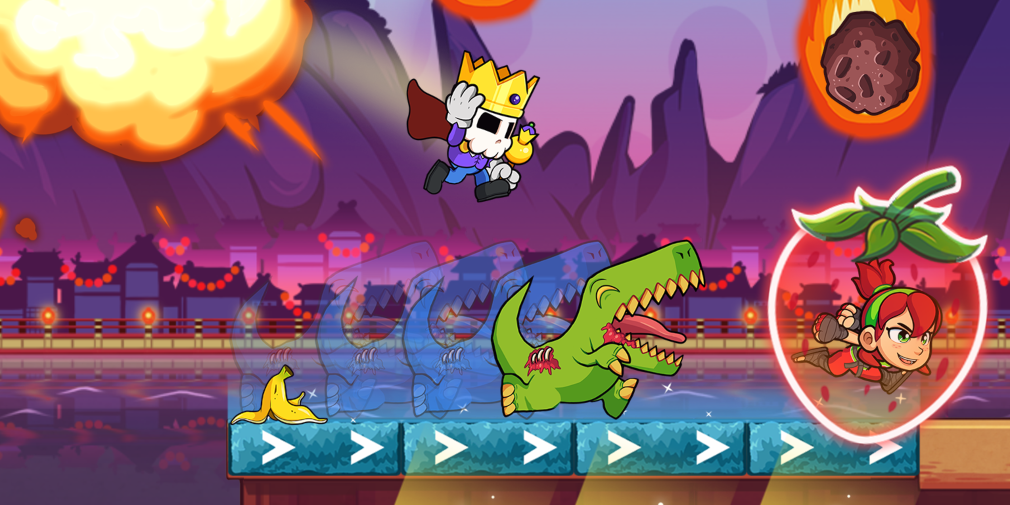 The racers you'll be able to compete with will include a host of familiar faces from across Halfbrick Studios' other games. You'll find Dan from Dan the Man, Sensei from Fruit Ninja, Zombie T-Rex from Age of Zombies and a whole bunch more you can collect and add to your roster.

They all have their own unique abilities that when used correctly can give you an edge in the races. Players will also be able to level them up and upgrade to make them more potent, which will undoubtedly raise concerns about P2W depending on how it's handled in-game. There will also be alternative skins for the characters too.

Battle Racing Stars is available now on both the App Store and Google Play. It's a free-to-play game with in-app purchases.

Enjoy multiplayer games? Here are 25 of the best available for iOS

Snake Core is a fresh, action-packed take on Snake