Digital board games are arguably one of the most interesting 'genres' to watch in the mobile space. Not just because it is fast, dynamic and active with releases, but because it effectively encompasses most of the other genres. Asmodee is the world's second-largest board game publisher - and they've just indicated that they're opening up licensing to developers.

What that means is that developers, big and small, will be able to throw their hats into the ring and snap up their existing products and make them into mobile games.

If you've got a keen eye for digital board games then you've likely already played a few adaptions of their properties; Games like Carcassonne, Ticket to Ride, Pandemic, Catan Stories and Fighting Fantasy Legend are from their catalogue, but where they've previously been quite protective of publishing adaptations, they've announced that they are 'opening up' access to their other games. 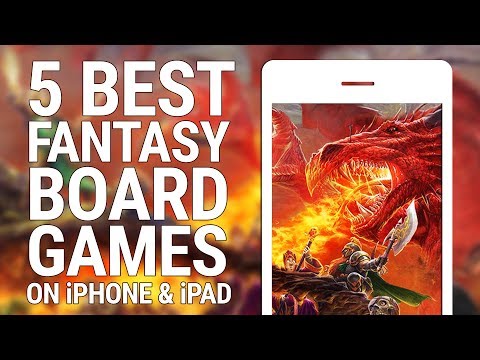 Within the press release, games like KeyForge, Legend of the Five Rings, Twilight Imperium and Small World were mentioned as standouts within their catalogue.

KeyForge is one of their standout products, and held pride of place under their Fantasy Flight Games brand, with it throwing out the deckbuilding of CCG games and instead leans into finely-curated, playstyle-leading decks. It's a 1vs1, duel game which has a thriving competitive scene.

Twilight Imperium, another game which was mentioned, is a 3-6 player strategy game where each player's intergalactic species races to unveil the map of a galaxy as they try to claim dominance of the new space sector.

But if we look beyond the games which the announcement teased and look into their extensive catalogue, there are games like 7Wonders, Arkham Horror, Dead of Winter, Star Wars X-Wing and much, much more.

We've already been spoiled with board games adaptations over the last few years, but we could really be entering a new era - one where we see never-before adapted games making their way to mobile.

Love digital board games? Here's our list of the best 25 on iPhone and iPad