Kick-Flight is the latest multiplayer game to hit Android and iOS, and we must admit, this is a good one. It comes with a bright, beautiful art style, cute characters, dozens of disc creatures (attacks, basically) to collect, and a fun gameplay loop that will keep you coming back for more.

Right now Kick-Flight doesn't have many players, but things are already competitive and only continuing to heat up. This could be one of the next big mobile multiplayer games that everyone should be involved in.

You fly around stages in a team of four, hunting down crystals to collect. You collect as many as you can, store them, and fight other teams for them. At the end of the game, the team holding the most crystals wins. 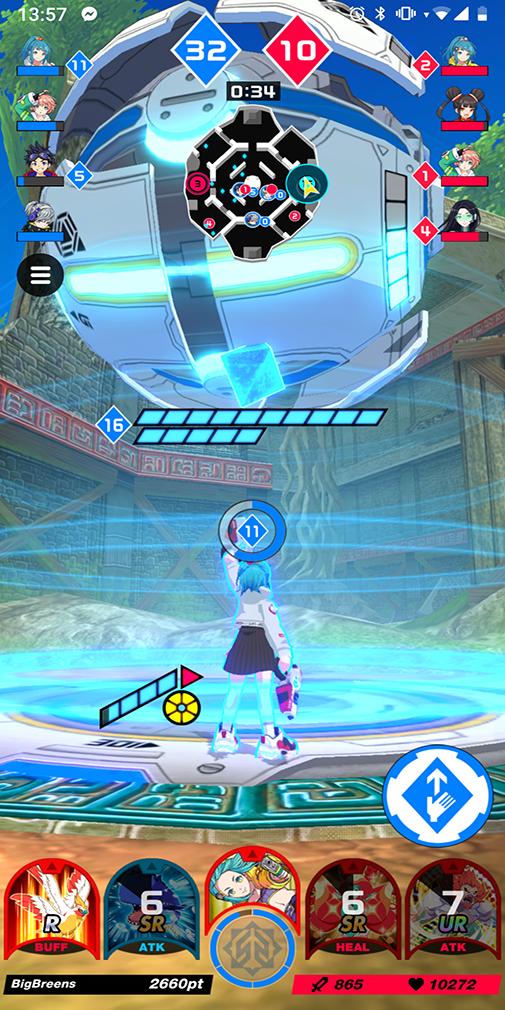 It's a simple game conceptually, but with plenty of nuance in both strategies and controls - which is why we've written up this guide for you. Follow these tips, and you'll be able to master the loop of battle quickly and win over and over. You know you want to, so just read what we have below…

This will be the main aim of the Scramble game mode, which you'll be playing primarily until you reach S rank. You'll start off in an arena, and you'll use the flight skills you picked up in the tutorial to grab crystals.

Luckily, crystals are often lined up in a row, and you can fly through in a neat line. Stage layout knowledge is always handy, so make mental notes of where crystals are densely found.

Of course, you may also come into contact with enemies while hunting. Battling is always good, but don't get involved in a fight with multiple enemies.

Once you've grabbed a fair few crystals, head back to the crystal container - the big orb. Land underneath it and hold the button that appears to give it your crystals.

If you die while carrying crystals, you lose them all, so storing them is a good idea to avoid that. If you have ten crystals, head to store them immediately.

You can also attack the enemy crystal storage, and they'll lose a crystal for every chunk of health you take away from it. But be aware, the orb can attack, and will kill you in a handful of shots - even faster if there are enemies around…

When flying around and collecting crystals of your own, you should also, at times, take an offensive stance. If you fly past an enemy - which are handily highlighted by the UI - you will see a number next to their icon, and that number will be how many crystals they carry.

Just one crystal can mean the difference between victory and defeat, but if you see an enemy flying around with up to ten crystals, well, you know it's time to fight. Defeating them can give your team a massive advantage.

This also means you should watch out for being a target yourself. Immediately head back to crystal storage when you have several crystals so you don't tempt enemies into attacking you.

One of the most important things however, is the kind of moves your Kicker has. And I don't mean the ability discs and monsters you can equip for new attacks, but their normal moves.

Normal attacks and special abilities matter a lot. Some are close-range only, others can be used from a distance while chasing an enemy, and others are purely to assist your allies.

You need to take Kickers into the Trial mode to practice with their moves, and find the Kickers that suit your playstyle. Practice makes perfect!