Cyber Knights: Flashpoint is a cyberpunk turn-based strategy game from the makers of Star Traders

Cyber Knights: Flashpoint is an X-COM-like turn-based strategy game set in the dystopian cyberpunk future of 2231. You're the commander of a crack team of shadow mercenaries working for the highest bidder. It's an exciting life, packed with difficult choices to make and troubled characters to befriend.

Trese Brothers' latest sounds fairly ambitious across the board, with it attempting a great many gameplay and story ideas. There's stealth, advanced hacking, turn-based combat, base building, management elements, and a wealth of squad customisation options. 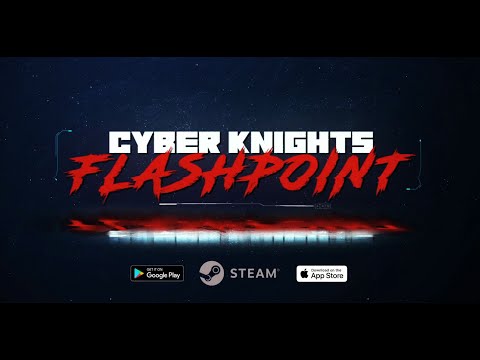 Interestingly, the team has opted to ditch the grid-based movement typical to the genre. "By removing the grid, we have added both precise control over your movement and positioning paired with more exciting and challenging sight lines and cover mechanics", says the team on the game's Kickstarter page.

I've been watching the game's Kickstarter funding slowly crawl up this morning, though with Cyber Knights having already toppled its initial $50,000 target, it's all just in aid of stretch goals from here on out. With 30 days remaining on the campaign, it could well reach the hundreds of thousands it needs for its final goals, which I'm sure is an incredibly exciting prospect for the team.

I'm especially interested in exploring the game's world and characters, which are said to be shaped by your decisions made throughout the lengthy campaign. It's basically ticking all the right boxes for me, and I'm already looking forward to its eventual launch on iOS and Android.

To say the team's previous games have been popular with critics would be an understatement. Star Traders: Frontiers earned a positively glowing review from our sister site 148Apps, ended up in first place on Campbell's 2019 GOTY list, and was Metacritic's highest-rated iOS game of last year.

Extensive info on funding goals, launch plans, and everything else can be found over on Cyber Knights: Flashpoint's Kickstarter page. If you'd like to play the original Cyber Knights, you'll find it available for download now from Google Play.

On the hunt for a top-tier strategy game? Here are 25 of the best on Android