With a tentative release date of March this year

Krulk is an upcoming adventure game by Black Mole Studio where you'll have to guide The Caveman out of a mysterious cavern, despite what his name implies he doesn't want to be there. It will be available for both iOS and Android sometime in March this year.

Players will be tasked with solving a variety of puzzles to help The Caveman make his bid for freedom. There will be a mixture of environmental and memory-based puzzles to solve in order to escape that are all apparently interconnected. 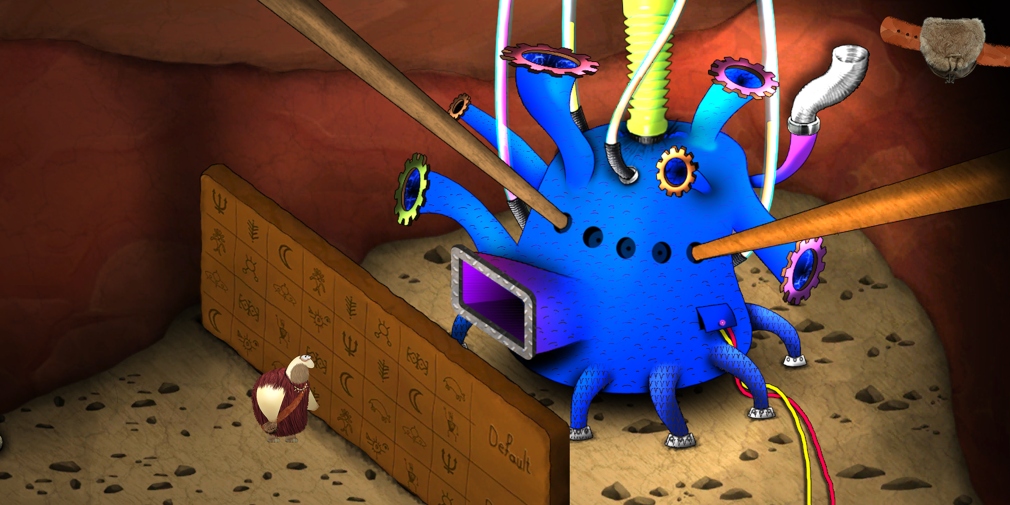 This could be remembering various cave paintings or collecting different tools so that you can progress to the next part of the seemingly endless cavern. It's not a straightforward cave either, there's clearly something going on within its confines, with modern technology scattered about the place and as well as ominous looking dragon fountains.

The art style of Krulk is certainly very striking, seemingly because it's deliberately intended to always be at odds with itself, as you can see from the screenshots in this article. There's some blue machine in one of them that's hidden behind a wall of symbols – both of which look out of place.

Meanwhile, in other shots, there are images that look like jpegs of real-world objects placed into the game, such as the set of statues you can see below. It all makes everything look a tad strange and I assume that must be deliberate because even though everything looks out of place, it does make me want to learn more about this world.

It's definitely an art style that will help the game stand out amongst other puzzle-adventure titles that are available at the moment. It may not be to everyone's taste but I personally think it looks fairly unique and that's enough to make me interested. 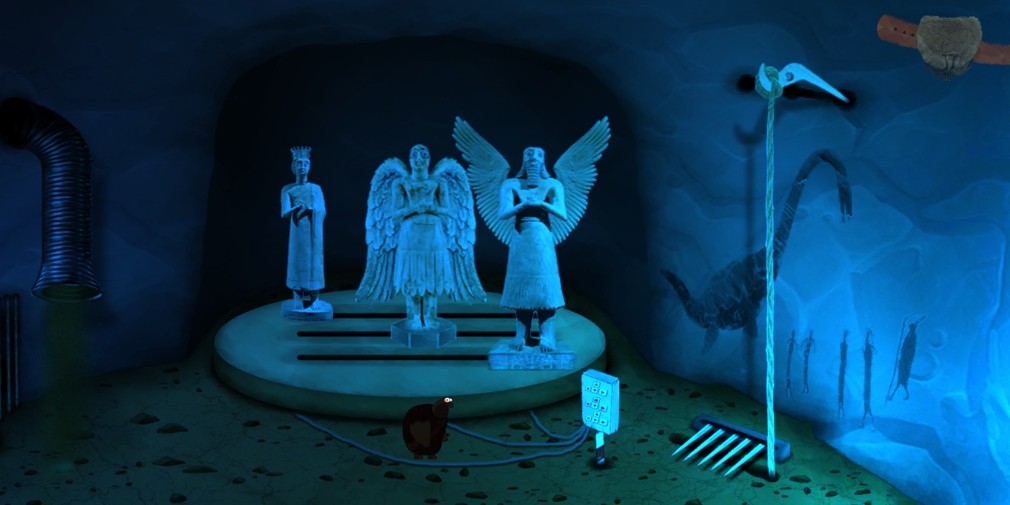 Krulk will be heading to both the App Store and Google Play sometime in March this year. There are no details on pricing at the moment, however, we will update you when we know more.

Enjoy a point and click adventure game? Here are 26 of the best available on mobile
SEE COMMENTS

Bulwark of the Abyss, the upcoming twin-stick 'defender', has a new trailer that teases a boss players will face