Marvel Strike Force is set to add several new playable characters to its extensive roster in the coming weeks. The squad-based RPG is one of the most popular Marvel mobile games on the market, and certainly one of the best, so it's always nice to see it being updated so regularly with fresh content.

Cyclops is one of the latest characters heading to Strike Force, which is neat but also surprising that it's taken this long to add one of the most famous X-Men of the bunch. He's a heavy-damage character who rallies his fellow X-Men to incinerate his foes with his intense, laser-like optic blasts. When he's not burning folks to a crisp, he can often be found unleashing a devastating singularity attack on anyone daft enough to get in his way. 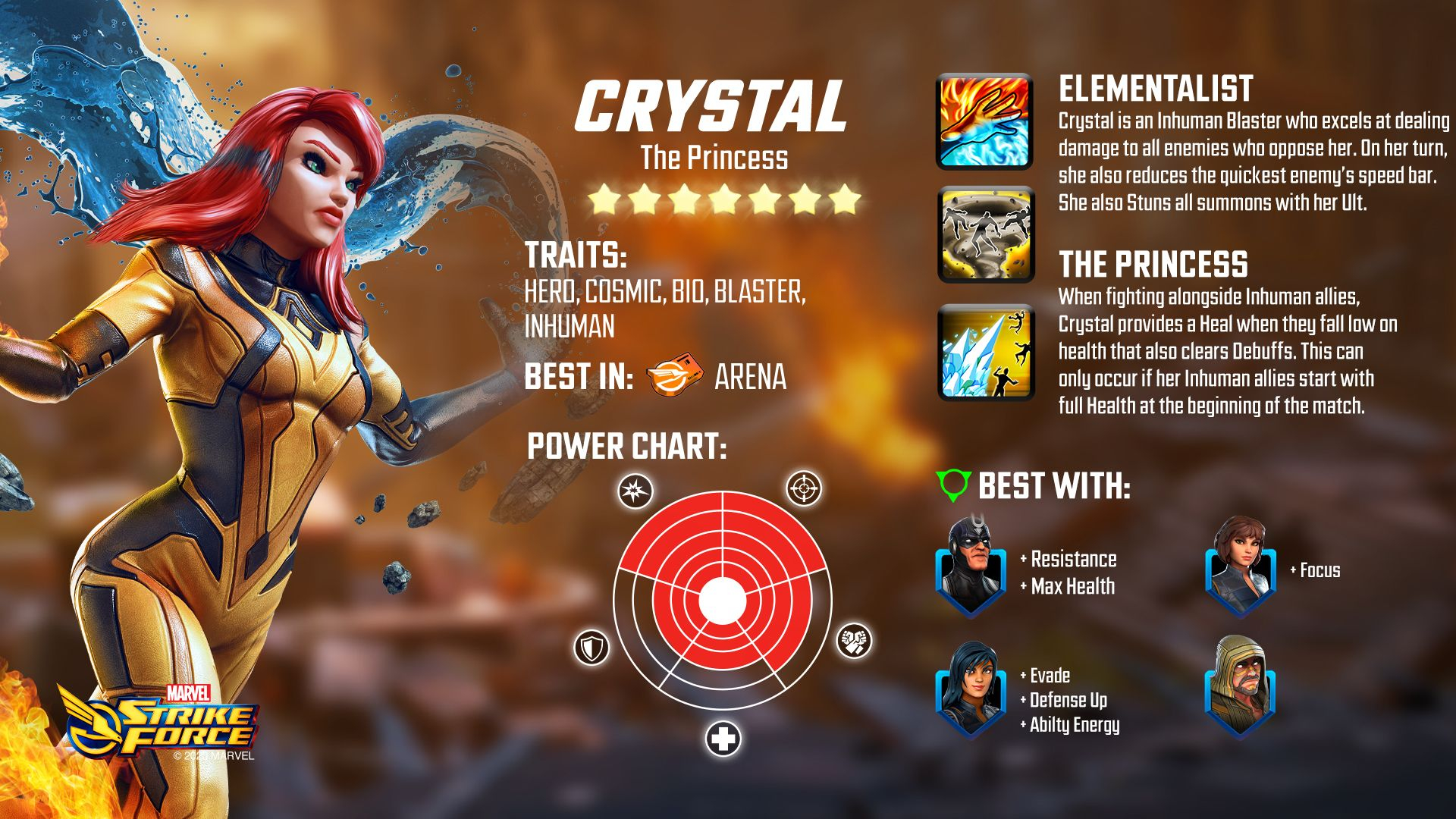 Crystal, part of the Inhumans team, is an elementalist who employs powerful AOE attacks to dole out huge damage to multiple enemies. Her ultimate ability will stun all summoned units, allowing her to zero-in on one foe and unleash her full strength on them. If she or a fellow Inhuman happens to be on low health, she can throw around some healing spells and even get rid of nasty debuffs.

Karnak, another member of the Inhumans team, is a controller and master of martial arts. He can easily slow enemy movement and highlight their weaknesses, then focus his attack on them once they're feeling a bit poorly. 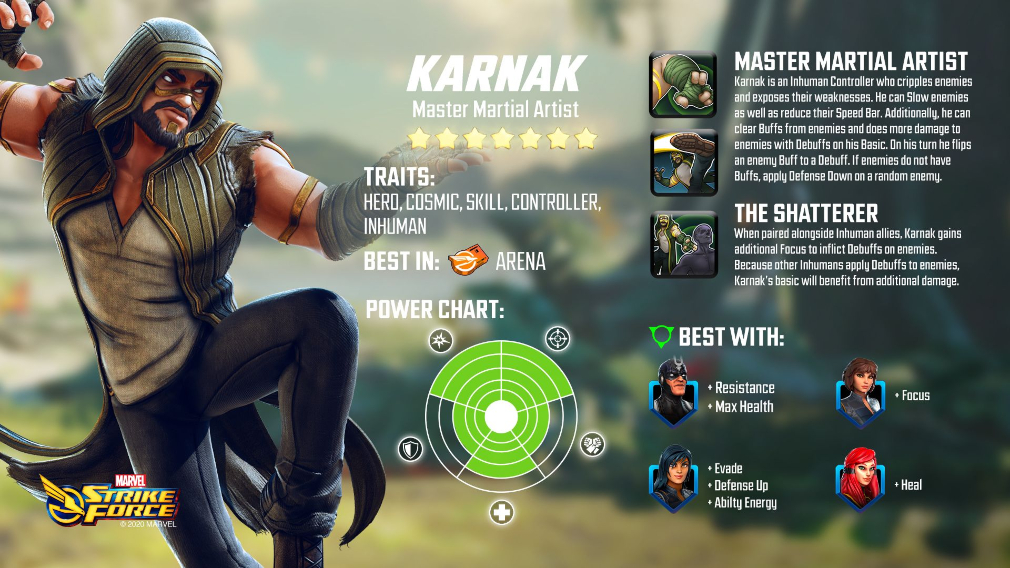 Last, but by no means least, is Symbiote Spider-Man. He's the latest member of the Spider-Verse and Symbiote squads, and he has the ability to cast an enormous web over his enemies, stunning his primary target and slowing the rest.

Our review of Marvel Strike Force was overwhelmingly positive, with Jon heaping praise on its animation quality, smart metagame, and extensive roster of Marvel heroes and villains, before awarding it a Gold Rating.

You'll find Marvel Strike Force available for download now from both the App Store and Google Play as a free-to-play title.