Aims to be Football Manager for NFL fans

Pocket GM 20 is a management sim by Jonathan Howell that's available now for iOS. It's aiming somewhat akin to Football Manager for those who prefer their football to be a little more egg-shaped. So, American football, if that wasn't overly clear.

Howell is a UK-based American Football fan and decided to turn his hand to coding after finding options for a management sim centred around his preferred sport lacking. So, Pocket GM 20 was created, though don't expect it to have the plethora of features it's soccer-based inspiration has, in part because it was made by a team of one. 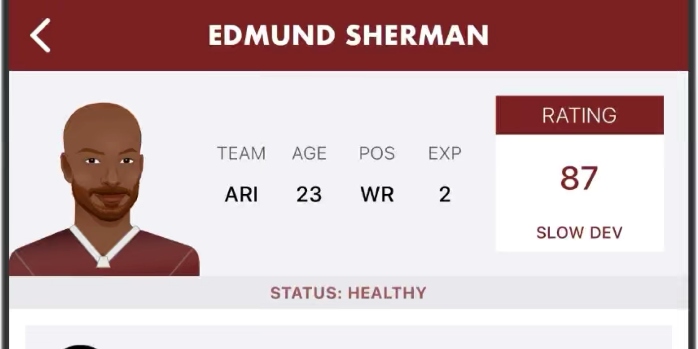 For instance, the GM part of the name stands for General Manager. In a post on Reddit, Howell was keen to point out the distinction between General Manager and Coach. In Pocket GM 20 you cannot make any in-game decisions, instead, you deal with everything outside of the matches themselves, which fits the remit of a General Manager more so than a coach.

Whilst that means you'll just have to sit and back and hope your team can bring home the victory, you can still have a massive influence on what happens with your chosen team. Initially, this means you'll decide who becomes Head Coach of your team to make those big decisions during a game.

Beyond that, you'll also manage the various aspects of your Team including rosters, trading players and drafting in new talent. So there's still plenty of club-related matters you can attend to before letting go of the reigns to watch the matches themselves.

There are updates in the works for the game that will be based on player feedback. So if you do decide to pick up Pocket GM 20 and have some thoughts on any changes you think the game could benefit from, head over to the game's Subreddit.

Pocket GM 20 is available now over on the App Store. It's a premium title that costs £0.99.

Baldi's Basics Classic, a mobile version of the cult horror game, creeps onto Android and iOS