Free for a limited time only

AI Dungeon, the text-based adventure game that lets you do basically anything, has now launched for iOS and Android. It's one of the most impressive games of its type on mobile, and I'd strongly recommend that you give it a go. Here's why…

You'll start out by picking a setting: fantasy, mystery, apocalyptic, zombies, or custom. And from there, it's really up to you where things go. This is all down to the game's "extremely advanced artificial intelligence" which uses "a massive deep neural network." That all sounds a little complicated, but AI Dungeon is actually super simple to get to grips with.

AI Dungeon 2 is publicly released! You can download it on iOS now and Android in another day or two. As a holiday gift we've decided that it will be completely free till the end of the year so try it out now! https://t.co/bed8zMJrbr — Nick Walton (@nickwalton00) December 17, 2019

My only real negative at the moment is that it takes a fair while for the game to respond to your actions. That said, when everything works as intended, it allows for some genuinely impressive moments of (often ludicrous) storytelling.

As much as I'd love to show you some cool scenario I helped create, I've spent most of my time in-game trying to solve life-or-death problems using farts or other such bodily functions. It's never been pretty, though I must say that my unorthodox playstyle has often proved surprisingly effective. 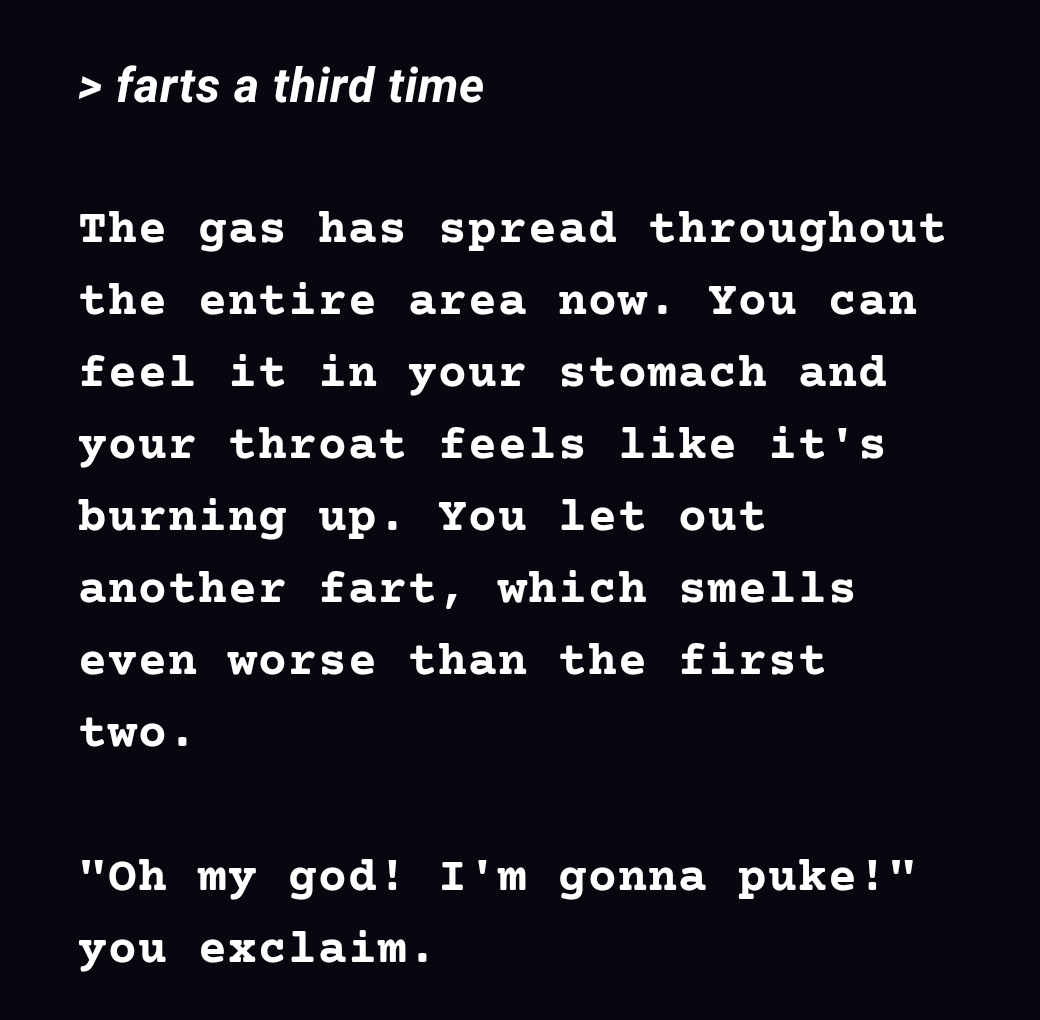 To celebrate the launch, and as an early holiday gift, the game is free for a limited time only. You'll find AI Dungeon available for download now from both the App Store and Google Play. If you have a good time with it, you could always donate to its creator's (Nick Walton's) Patreon page to help fund its continued development.

Games for your commute: Candy Crush creator's latest report shows gaming in transit on the rise