Asgardians and members of the Inhumans set to arrive soon

Marvel Strike Force's roster is set to expand later this month when some Asgardians and Inhumans join the game as playable characters.

First off, we've got Sif, the Asgardian Goddess of War. She's a deadly fighter and swordswoman capable of taking on even the toughest of challengers. She's seen as a protector of the Asgardians, and so one of her skills, Taunt, can draw enemy fire, while Block and Deflect can fortify defences. Once you've shrugged off any enemy attacks, Sif can then use Counter to strike back.

Heimdall is a sworn protector of the Bifrost, which fans will know is the weird Rainbow Bride that connects Asgard to Earth. He's super strong, looks very cool, and has extraordinary hearing and sight, allowing him to pick up on anything happening around Asgard. He's a brawler whose heavy attacks can devastate most foes. He also uses Heal Blocks to cause his enemies trouble and Defence Up to buff his Asgardian buddies.

Black Bolt, the King of the Inhumans, is Marvel Strike Force's latest Legendary Blaster. He has the ability to shatter planets with just his voice, which surely makes him one of the most OP heroes to ever grace a Marvel comic. On top of delivering heavy damage, he can also strip enemies of their buffs, disrupt summons, and block revives on foes he's previously eliminated. 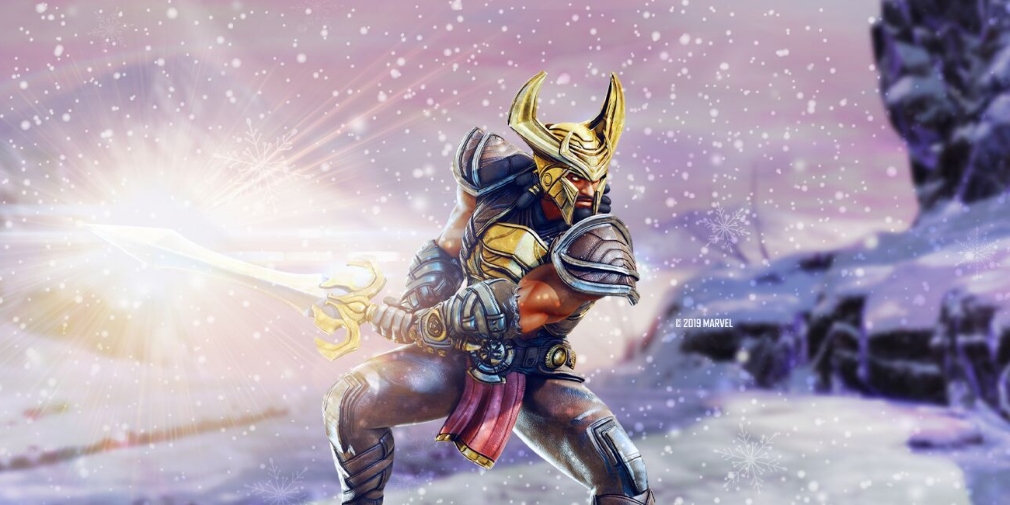 Yo-Yo is the protector of the Inhumans whose job it is to enforce Offense Down on opponents when it's their turn. She can also apply Evade to allies along with Defence Up during spawn. Inhuman allies can also benefit from Ability Energy when Yo-Yo is in the party. Interestingly, she's the fastest hero in the game with the highest speed stat of any character.

We reviewed Marvel Strike Force at launch last year, calling it "an extraordinary experience", before slapping a gold rating on it. The game's gone from strength to strength since then, adding a ludicrous number of characters from all over the Marvel universe. By now, I'm fairly certain Strike Force boasts the most playable Marvel heroes and villains of any game ever.

You'll find it available for download now from both the App Store and Google Play.