Given the success of EA's Star Wars: Galaxy of Heroes, it's surprising there haven't been more big brand squad-based RPGs hitting the app stores.

After all, this is a formula combining high audience awareness with easy-to-automate gameplay and extremely deep metagame collection/levelling mechanics, making it ideal for players (and payers) of free to play mobile games.

Not that other developers haven't tried. But titles like DC Legends didn't pack in enough exciting content, while Middle-earth: Shadow of War ended up making the gameplay too complex.

Like the temperature of baby bear's porridge, however, Marvel Strike Force gets it just right.

Best of both worlds

As with Galaxy of Heroes' Light and Dark divide, Strike Force's conceptual split is between superheroes and supervillains, with each side having its own single player campaign for you to work through.

You can, however, combine all your characters together to create a mixed squad to complete in PVP battles, Alliance Raids, and other challenges. 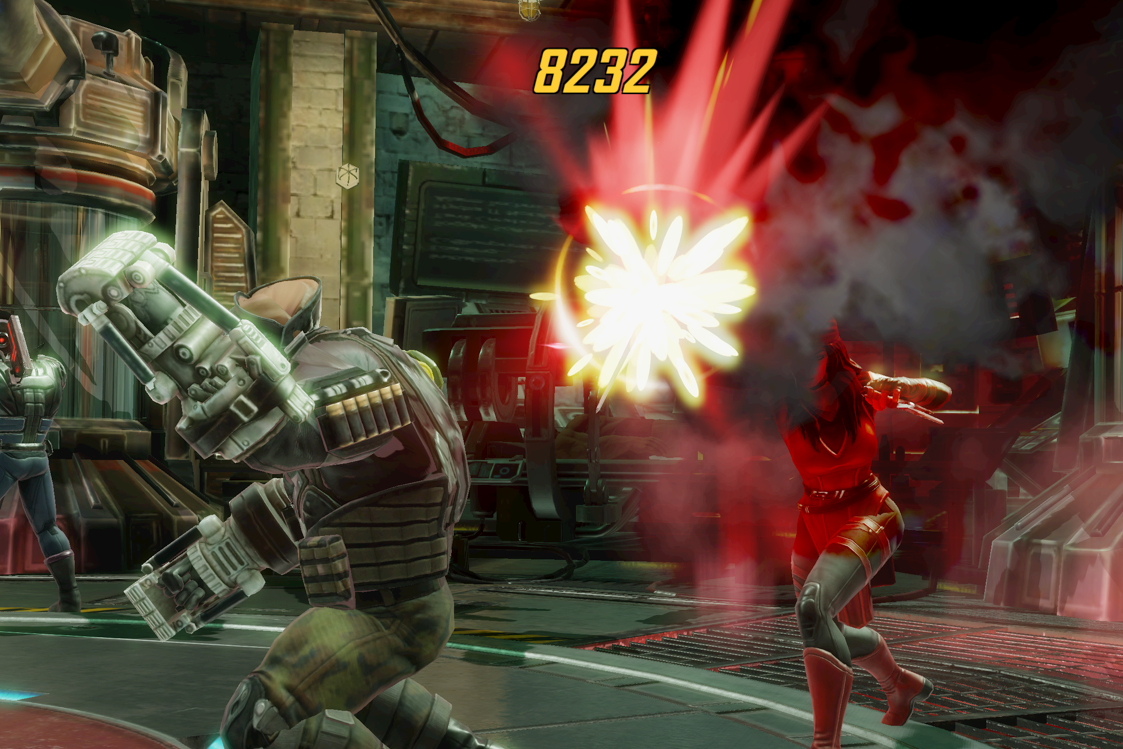 And given the wide appeal of the Marvel universe - which in this case also encompasses the X-Men so the likes of Wolverine are included - building out your ideal squad and working to unlock new characters is one of the game's strongest draws.

Yet the most important element is building out a balanced five-hero/villain squad, which typically means combining high attack power with strong support character like tanks, healers, and stealthy operators.

So far, so what? you may be thinking, particularly if - like me - you're not a Marvel fan. But even if the source material doesn't grab your attention, Marvel Strike Force's quality will.

Not only is this one of the most impressive-looking mobile games in terms of its graphics and special effects, but the character animations are truly spectacular.

Significantly, this isn't just the case in terms of the characters you'd expect to be cool such as Spider-Man's web-spinning, swinging Tangled Web attack but in terms of the fluid and athletic interaction between characters. 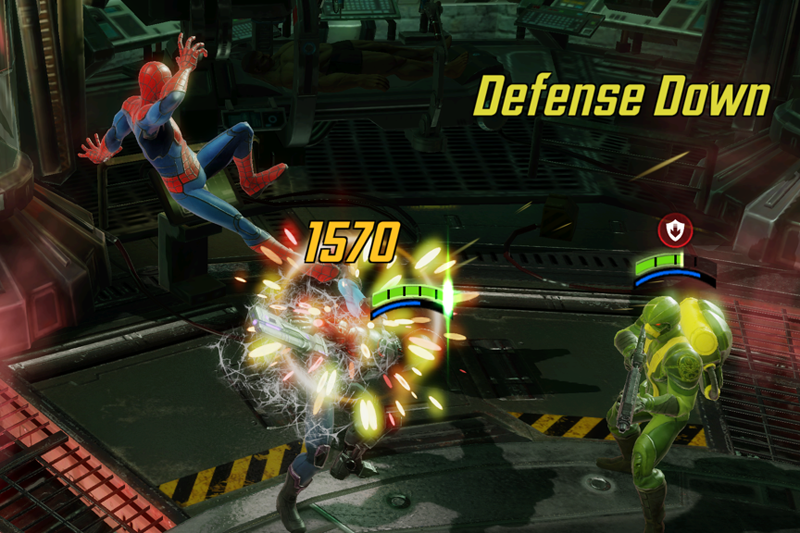 In terms of my current squad, for example, before Elektra has finished her Sneak Attack, Gamora's Ruthless Blade is in motion and then Spider-Man's ducking down to allow Punisher to trigger his Fully Loaded attack over-the-top.

This is all captured by a swooping dynamic camera, which zooms in to highlight special attacks.

In fact, despite the autoplay options, this is one mobile game worth playing at normal speed and watching what happens. At the risk of sounding cliched, it really is poetry in motion.

Of course, given developer FoxNext Games' plan for Strike Force to match Galaxy of Heroes' longevity (that game was released in late 2015), Strike Force is designed to be played quickly on a daily basis.

Any completed campaign mission can replayed for resources and character shards using the auto win system, at least if you have sufficient energy.

But the pacing of the metagame, both in terms of energy recharging as well as the speed of unlocking and levelling up characters, never feels restrictive.

Certainly during the three month soft launch period, it was fairly easy to reach the level 50 cap, and no doubt this will be the case as the cap has been raised to 60 following the global launch.

All-in-all then, like its source material, Marvel Strike Force proves to be extraordinary.

Not because it's doing any particularly new or innovative, which it's not. But because it's taken what's become a classic F2P mobile gaming genre and taken it to another level - super(hero)-charged it if you want.

Even if you don’t like superheroes, MARVEL Strike Force is an extraordinary experience, especially its beautifully fluid animation
By Jon Jordan
| Mar 29, 2018 |
iOS + Android
Find out more about Marvel Strike Force