Let's hope it's up to par

Golf King – World Tour is the latest in the line of 'King of specific sports' games from PNIX, having previously made Archery King, Bowling King and Mini Golf King. This time around its regular-sized golf and it's available now for iOS and Android.

Golf King will offer 1v1 golf matches with other players around the world. These matches will be in real-time and will be played on realistic courses and the developers promise intuitive controls that will allow you to become the Rory McIlroy of virtual golf – he's a good golfer right?

Those controls are based around a slingshot style concept. You'll choose where on the course you'd like to hit the ball and then pull back to choose your power. Once you've done that you'll want to release when the on-screen arrow moves into the centre to give yourself the most accurate shot possible. It sounds easy enough to pick up fairly quickly but will reward players with better timing.

When you're not teeing off online you'll be opening packs to find new golf clubs as well as upgrading your existing ones. There seems to be all the different variants of clubs on offer too as this isn't pitch and putt. You'll have drivers, woods, long irons, wedges, rough irons, sand wedges and putters to discover and then use in the right situations when playing online. 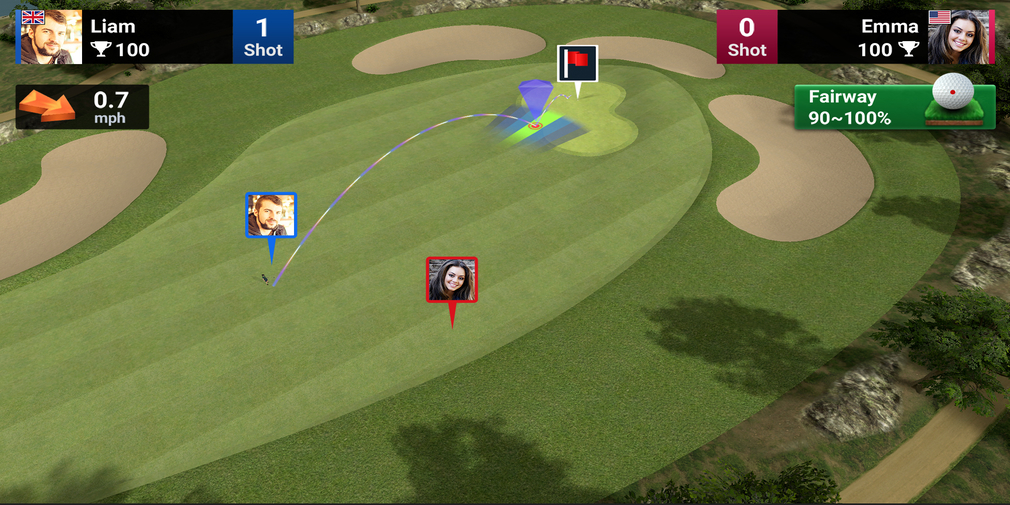 Golf King – World Tour is available now on the App Store and Google Play. It's a free-to-play game with in-app purchases.