NetEase's popular battle royale Rules of Survival is celebrating its second birthday in style with a special in-game event which is set to run from today until November 27th. It'll feature 2 fresh game modes – Score Royale and Hero Mode – as well as some limited-time giveaways.

Score Royale sees two teams of 20 duking it out to be declared the winners. It's said to put your tactics to the test, as a single mistake can lead to being ambushed by 5+ players at once. If you'd rather just mess about with friends without any stress, Score Royale also supports custom mode. 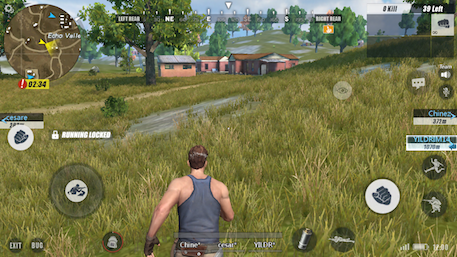 Hero Mode allows you to pick and choose from 10 specialised heroes to fight it out on Ghillie Island. Kinda like Garena Free Fire, each of these characters has their own unique skills and tactics, adding a bit more depth to matches.

Some of the new costumes arriving soon include the Demolisher and Hyper Sonic sets. These fresh looks will give you the ability to transform into, for example, a high-end sports car, which is pretty neat.

All supply items from past event will be available once again. On top of those, you can also expect a new ROSversary avatar frame and name card. During the event, airdrops will include diamonds for the bravest of players to fight over.

During ROSversary, the usual daily login rewards will also start including diamonds. You'll still get the normal rewards, too, so the diamonds are just a nice little bonus. You can also receive double rewards for logging in, which I'm told is a 'once-a-year opportunity that no one can miss'.

Since launch back in 2017, Rules of Survival has amassed over 280 million downloads globally. We reviewed it at release, finding it to be both fun and a bit broken. I'm sure it's come on by leaps and bounds since then, though.

If you want to find out for yourself, you can download it now from both the App Store and Google Play.