Fans of NetEase’s popular battle royale game Rules of Survival will know that it’s no stranger to crossovers. The latest event adds several iconic characters from the classic The King of Fighters Ultimate Match ’98.

As reported by Kongbakpao, starting today, you’ll be able to play as legendary fighters Mai Shiranui, Lori Yagami, Kyo Kusanagi, Athena Asamiya, and Terry Bogard. On top of that, there are new themed items and a King of Fighters game mode to test your mettle on.

The striking ROS x KOF collaboration is on! Abundant bonuses and activities are ready and waiting. Log in now to make sure that you don’t miss out!#ROSxKOF pic.twitter.com/NfZ0SVA5Hr — Rules of Survival (@RoS_Mobile) September 25, 2019

Some of the special items include Kyo and Lori’s sports cars, as well as redesigned weapons, avatar frames, stickers, and name cards. Interestingly, the new mode gives you the chance to utilise some of the fan-favourite characters’ abilities.

Kongbakpao notes that the fighters all boast their own attack and ultimate moves. Of course, you’ll need to build up some energy before unleashing these on those unlucky enough to get in your way. 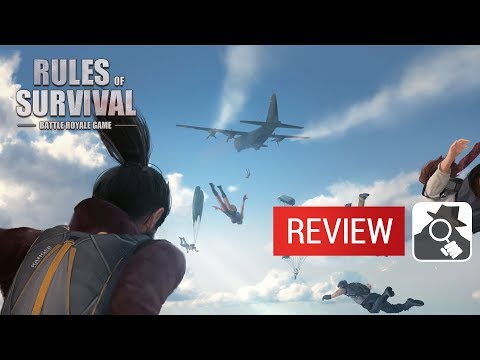 For those not in the know, Rules of Survival was one of the first big battle royale games on mobile, launching before Tencent could put out PUBG Mobile. From what I remember, it was a mostly solid but unremarkable affair, one which has probably come on in leaps and bounds since I last took it for a spin. We reviewed it at the time, finding it to be sluggish and awkward with some promise lurking beneath. As I say, the current version is probably a whole lot better.

Those curious should check out our many guides on how to win matches and work well as a team. And you’ll find the game available for download for free from both the App Store and Google Play.

Check out our news section to discover the latest, and greatest, games.
Next Up :
Sprite Fantasia gift codes: November 2021