Take on the gods and win

Five fallen archangels are causing chaos down on Earth, and it’s up to you to stop them. So begins Dungeon & Goddess, the new 2D hero-collecting RPG from South Korean developer-publisher Nadiasoft. If you’re a fan of original anime artwork and a sucker for a good gacha game, this might be the one for you.

The world of Dungeon & Goddess features 150 brave heroes and monsters to collect, all with an array of attacks — and, of course, costumes — at their dfisposal. You have to choose your strongest line-up of characters to take into battle against the archangels and their minions. 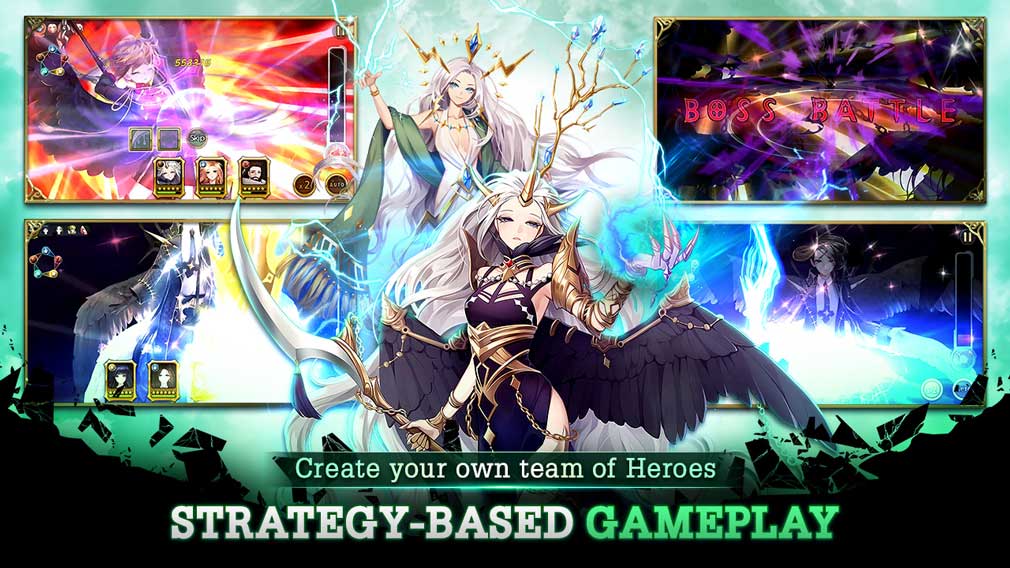 Battles in Dungeon & Goddess are turn-based, and how effective your heroes are in any given fight is in part based upon the six hero types and four elemental types they belong to. The elemental types are Water, Fire, Wind and Electricity, and function in a rock-paper-scissors system. That means you’ll have to choose your party strategically, exploiting the elemental weaknesses of enemies to maximise your chance of victory. This can take some trial and error, but it’s satisfying when you finally crack the strategy needed to overcome a certain boss.
Subscribe to Pocket Gamer on

Take on the tower

As well as clearing stages in the main story mode, you can test your team in the Infinite Tower. This throws you into battle after battle, ranking your progress against the world. There is also a PvP mode if you want more direct competition. For a great way to gather must-have resources, dive into the dungeons daily — there’s a different dungeon for each day of the week, offering different rewards for victory. You can also join forces with your friends in co-op Boss Raids, sharing in the spoils.

Dungeon & Goddess is out worldwide today. Start collecting your heroes by downloading the game for free from Google Play.