Developer Pedrocorp's Hellrule is an upcoming auto-runner which draws upon the likes of Ghosts 'n Goblins and Castlevania for its distinctive, horror-infused world and aesthetic. You play as a rather dapper gent who uses his weaponised umbrella to slice and dice his way through an assortment of grotesque creatures of the night. 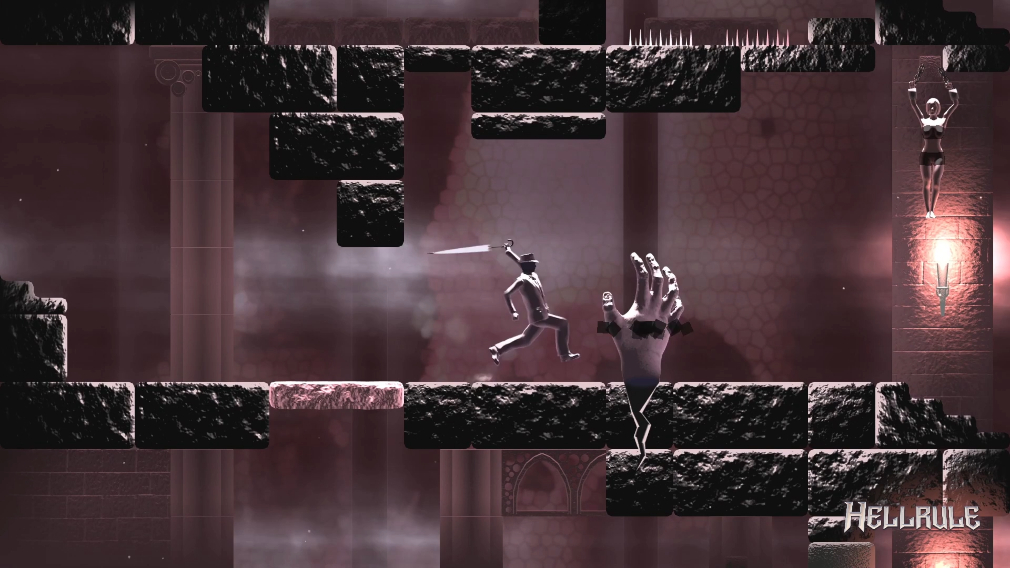 While most auto-runners are all about going as fast as possible for as long as possible, Hellrule aims to be a little more tactical, requiring you to slow down and dodge enemy attacks. Levels are packed full of traps, spikes, and other such hazards to avoid, and there are a variety of tricky bosses to test your mettle on.

It looks like a lot of simple, challenging fun, and the developer has opted to steer clear of free-to-play elements. Interestingly, part of the soundtrack is composed and performed by a Spanish heavy metal band called El Reno Renardo.

There's currently no solid release date for this one, but the target is late 2019 or early 2020. It'll come to iOS and Android first, though Switch and PC (Linux and Windows) ports are a possibility. I quite like the look of this one, so we'll be sure to let you know once more info arises.