Hunt down those responsible for a bank heist

Gangsters 1920 is the latest game from Sunlight Games. As you might expect, it is about gangsters in the 1920s and it's available now for iOS and Android.

You won't be playing as a gangster though, which might be a little disappointing if that part of the game's name drew you in. Instead, you'll be playing as detective Lake. He's on the hunt for a group of gangsters who are responsible for a national bank robbery.

Of course, to solve the case you'll have to interrogate a few folks. Here you'll be tasked with figuring out if the interviewee is a friend or a foe. Friends will help you in your search by providing two important clues for the case while the wrong people will simply try and kill you. 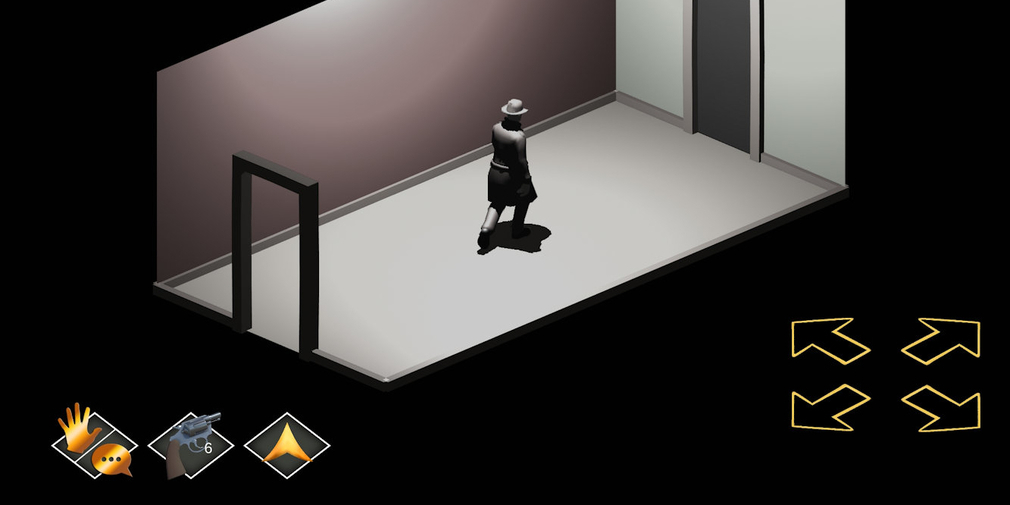 There will be several secret passwords that you'll have to find around the game's gloomy noir world. But once you've found them all that won't be the whole job completed. You'll also need to work out the correct combination of those passwords to fully solve the case.

The game's visual style is very interesting. It has a minimalistic noir look to it with everything looking entirely greyscale on first glance, except for your health and some items on the inventory bar. However, once you look a little closer you'll notice the game does actually make use of very muted colours.

It's viewed from an isometric angle and you only appear to see one room at a time. There's a lot of black space around the room you're in that gives Gangsters 1920 a more old school vibe, which is intentional on the developers part.