Mario Kart Tour has finally launched on mobile devices after months upon months of private beta sessions and small teases. Now we can finally go hands-on with the game ourselves and let you know: it's actually pretty good, in the grand scheme of things.

In the transition to mobile, the developers behind Mario Kart Tour implemented a bunch of a small mechanics that game doesn't teach you, and there's also a few others you'll be unaware of if you're not already a seasoned Mario Kart player.

But that's exactly why we're here. If you're jumping into Mario Kart Tour then you definitely want to see our list of tips that the game doesn't actually teach you.

There's much the game tells you, but when you've mastered these tips too, you'll be able to easily get first place in all of your tour races. Just read on and you'll have the knowledge you need to become a mobile Mario Kart master. 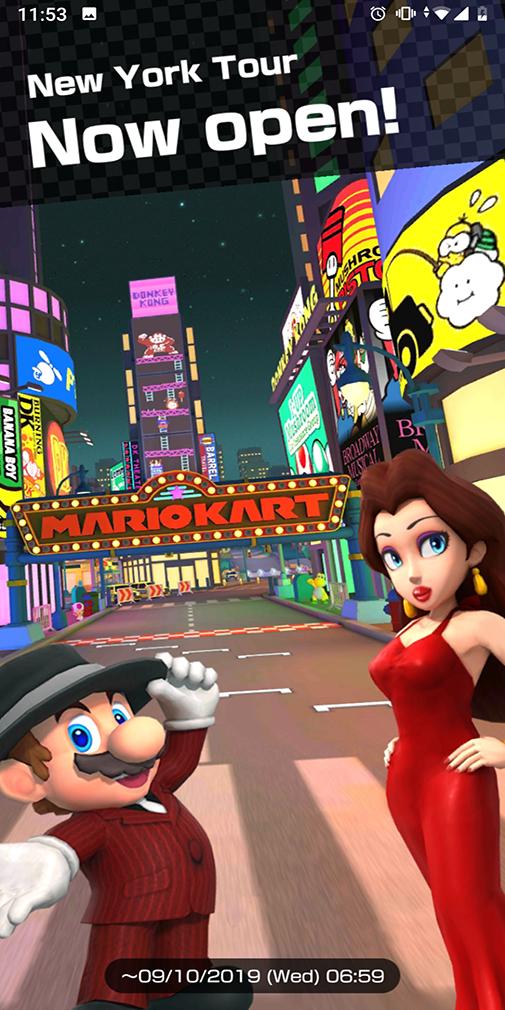 One of the things the game doesn't exactly make clear from the beginning is that the game actually contains a variety of control options which can make the game easier, or perhaps, sharpen your turns.

You can activate drifting by tapping on the screen, which is definitely the recommended method of play, but in the setting you can also combine this with Gyro Handling, allowing you to tilt your device to steer your kart.

This allows you much more control and makes the game feel a bit closer to a traditional Mario Kart title.

There's also a Smart Steering option, which works wonder to keep you on the track but also dissuades the use of shortcuts requiring a mushroom boost. They both have their positive points, and if you're having trouble controlling your kart you should definitely keep Smart Steering on to start with, but if you're more experienced you should definitely attempt to play the game without.

When you get hit by a blooper and ink is blocking your view, the normal way to rid yourself of it is to just drive forward, and hit a boost if you can so the air flow can clean your vision.

Though, if you're using touch controls to steer or drift, this can lead you off course… Best to weigh up your options at your own description.

This is a classic Mario Kart technique that has been in the series for a few entries now, and it makes a return in Mario Kart Tour.

If you follow closely behind another racer for several seconds, you'll actually get a considerable speed boost which should easily put you ahead of them.

You'll know you're in the right position because the air will be visualised around your car with slipstream effects. Once you're in it for several seconds, the boost will kick in automatically.

This is a brand new mechanic for Mario Kart Tour, and it's there to ensure you never waste an item, but can be turned off.

If you run into an item box while still holding items, they will automatically be used upon contact so you have completely fresh slots.

This can be turned if off if you're the type who holds on to important items, and of course, you could always just use items before hitting item boxes, if you want a similar effect.